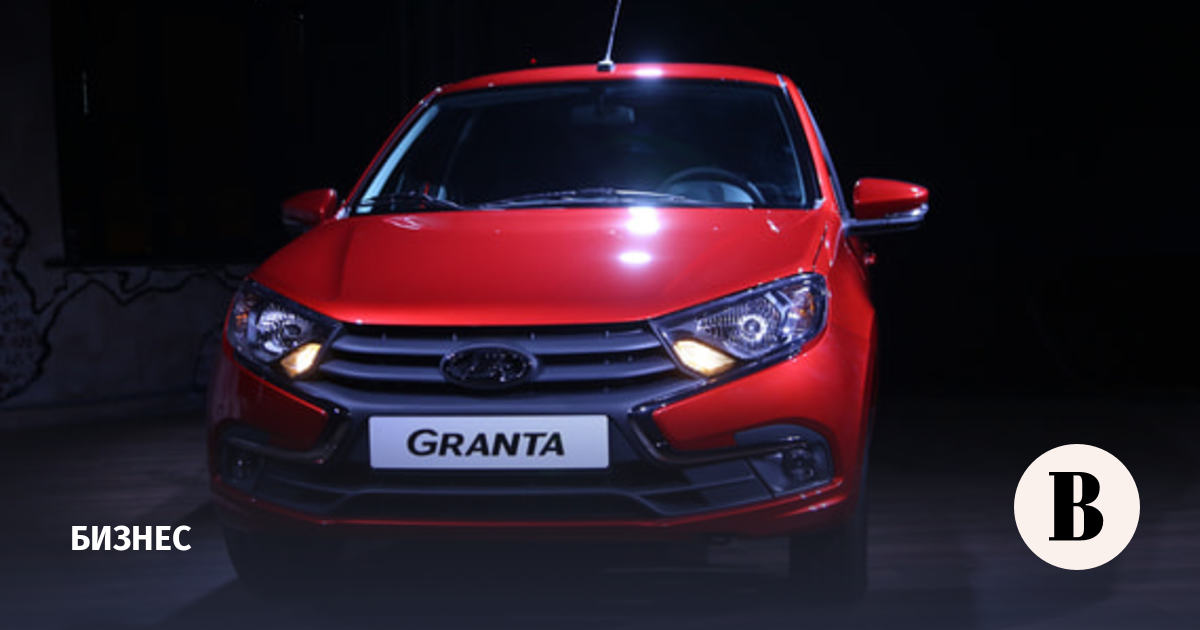 The first model of AvtoVAZ, which will be released after a long downtime, will be Lada Granta in a simplified version. Their entry into showrooms is expected in the second half of June, said car dealers interviewed by Vedomosti.

According to the chairman of the board of directors of BN-Motors, Alexei Podshchekoldin, there is no exact information about the configurations yet. Most likely, these cars will be offered without ABS (anti-lock braking system), ERA-GLONASS panic button, airbags and power windows, he believes. More accurate data on configurations will appear no earlier than next week, Podshchekoldin told Vedomosti.

Knows about the appearance of a simplified Granta in the second half of June and the top manager of a major Moscow car dealer. According to him, buyers will be offered two configurations. In the simplest version, there will be nothing that Podshchekoldin has already mentioned, and in the “richer” version, power windows and electric power steering will be added. Both configurations will be without Euro-5 environmental firmware, says the source of Vedomosti. The engine is a non-alternative 1.6 liter in the weakest version with 90 hp.

It seems that in the “naked” car itself there will be no ABS, no ERA-GLONASS, no power windows, no electric power steering, no airbags, says a Vedomosti source in the federal auto dealer holding. He also confirmed that electric windows and power steering will appear in the next configuration. The cost of the novelty is currently unknown, but it will probably be more expensive than 600,000 rubles, he says.

Now the minimum cost of Granta in the Standard configuration is 727,900 rubles, follows from the price list on the AvtoVAZ website. This car has one airbag, an ERA-GLONASS emergency call system and ABS.

«AvtoVAZ“already produced cars in a stripped-down configuration. Back in the summer of 2021, due to a shortage of microchips, the company for some time produced Lada Vesta, Xray and Largus in the “comfort light” configuration – without a multifunction steering wheel with cruise control and a multimedia system. Such cars cost only 10,000–13,000 rubles. cheaper than with the specified options, but they were available from dealers.

The production of cars at AvtoVAZ will resume “literally at the beginning of next month,” Maxim Sokolov, the new CEO of the company, promised at a meeting with the plant’s staff. His words were reported by Interfax. According to Sokolov,AvtoVAZ» should gradually restore production to its full extent. In 2021, according to the Association of European Businesses (AEB), the company sold 350,714 (+2% by 2020) vehicles in Russia. Another 35,800 vehicles (+9%) were exported.

The automaker has been idle almost without interruption due to a shortage of components since April 4. Then “AvtoVAZwent on three weeks corporate vacation. Then, after collecting the machines for several days, he stopped production for the May holidays, but even after a long weekend he could not fully restart the conveyors. The current downtime is valid at the plant until May 27.

During this time, the company managed to change the main shareholder and CEO. This happened due to the departure of the Renault Group from Russia (Vedomosti wrote about this on April 26). The French concern sold its stake in AvtoVAZ (67.69%) for 1 ruble. subordinated to the Ministry of Industry and Trade FSUE NAMI with a buyback option within six years. The blocking stake (32%) remained with Rostec. Ex-Minister of Transport Maxim Sokolov became the head of the enterprise instead of the Frenchman Nicolas Maur, and the head of the board of directors instead of the general director of the Dacia-Lada business unit Denis Le Vota was replaced by the Minister of Industry and Trade of Russia Denis Manturov.

The release of cars with a reduced environmental class, without ABS, airbags and the ERA-GLONASS system became possible from May 16, when the government simplified the requirements for certification of passenger cars in Russia. This permit is valid until August 1st.

This move will be a strategic mistake for AvtoVAZ, says Sergei Burgazliev, an independent automotive industry consultant. The consumer in Russia has become accustomed to comfort and safety, he notes. Such Lada Grantas will compete in the market with 7-8-year-old foreign cars, and the choice of the buyer in this situation will not be in favor of AvtoVAZ products, the expert believes, noting that these cars will be bought mainly by state institutions and enterprises with state participation.

Sales of “AvtoVAZ” in April collapsed by 78% to 8506 cars, follows from AEB data. The entire market for new passenger cars and light commercial vehicles fell 78.5% year-on-year to 32,706 units last month.

Vedomosti sent inquiries to the Ministry of Industry and Trade and AvtoVAZ.

Ji So-yeon, who returned to the domestic stage “with the beginning”… Suwon FC Women’s ‘Bird’s Nest’