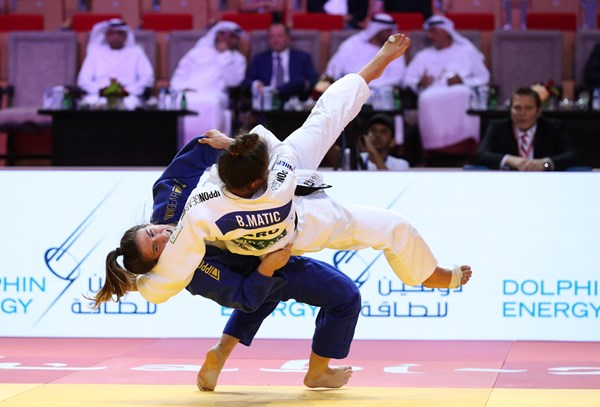 The Judo team will arrive tomorrow in Budapest, Hungary, in preparation for the Hungarian Grand Slam Judo Championship, which will be held from 8 to 10 July, with the participation of 463 male and female players representing 66 countries, including 6 Arab countries, represented by the teams of the Emirates, Bahrain and Saudi Arabia. Qatar, Tunisia and Lebanon.

The team’s delegation, headed by Nasser Al-Tamimi, Secretary General, Treasurer of the International Judo Federation, coach Victor Syktrov, and 4 players are: Gore Shegili, who is participating in the lightweight under-66kg competitions, Tatanorgzari in the under-81kg category, and Gregor Aram in the under-90kg category. Magoo is known to weigh over 100 kg.
Before leaving Romania, the mission received a phone call from Muhammad bin Thaloub Al-Dari, head of the Wrestling and Judo Federation, praising the positive participation in the recently concluded European Open, and contributed to introducing Emirati judo through the first participation, and reflected the level of the game, which reached an advanced stage of Competition at all levels, hoping to continue the effort, through the Budapest Grand Prix championship, which kicks off next Friday, before moving to participate in the Zagreb Grand Prix, hosted by Croatia from July 15 to 17, with the participation of 71 countries so far, and our team is participating in it with 4 players, after which the team’s program will continue, as planned by the Federation’s Board of Directors, until hosting the Abu Dhabi Grand Slam from 21 to 23 October next.

Why did Corona injuries increase during the last week?