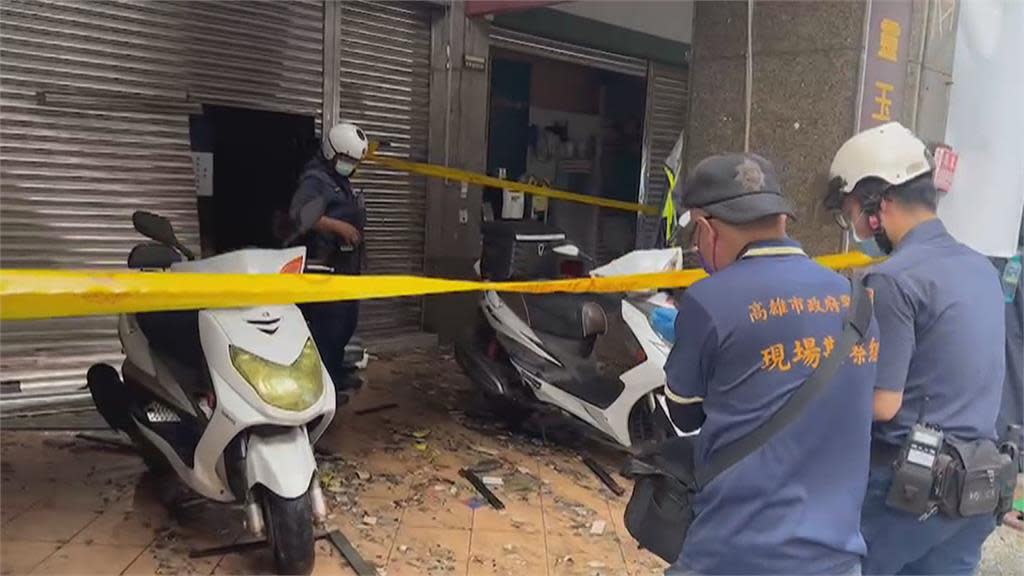 In a building on Yihua Road, Sanmin District, Kaohsiung, a fire broke out at around 8:00 in the morning. After the police were called, they rescued two brothers in their 30s. The beloved dog turned back to save the dog, and was trapped. When he was rescued, he had no breathing or heartbeat. He was pronounced dead after being sent to the hospital. The cause of the fire is still being clarified.

Firefighters rushed to the second floor of the building to spray water. In a building on Yihua Road, Sanmin District, Kaohsiung, a fire broke out at around 8 a.m.

The fire was so intense that nearby residents were frightened, and some people even shouted that there was a fire. After the police arrived at the scene, they quickly wired for rescue and rescued a pair of brothers in their 30s.

A nearby resident said, “Brother! Climbing down from the sign on the 3rd floor, my younger brother didn’t do anything. When he climbed over, he still crawled over. My elder brother wanted to save the dog, but it was too late to save the dog. choked.”

Pan Yongming, Squadron Leader of the Fire Department said, “When I arrived at the scene, I saw thick smoke and open flames coming from the second floor, but I still don’t know the cause. The fire investigation department of our bureau is investigating the cause inside. We rescued one resident on the third floor, and when we rescued it, it was in OCHA state.”

It is understood that the businessman that caught fire was an amulet jewelry store. The fire took place in the mezzanine on the 1st and 2nd floors where the brother lived. The brother was out of trouble at first, but because the dog was still on the fire, he turned back to save the dog and was arrested by the police. It was already in the state of OCHA when it was rescued. After being sent to the hospital, it was declared dead. The exact cause of the fire is still under investigation.

(FTV News/Reported by Liao Jinxiong and Chen Shimao in Kaohsiung)

Sick killer whale lost in the Seine to be euthanized in France May 29, 2022 – Society – Saint Petersburg News