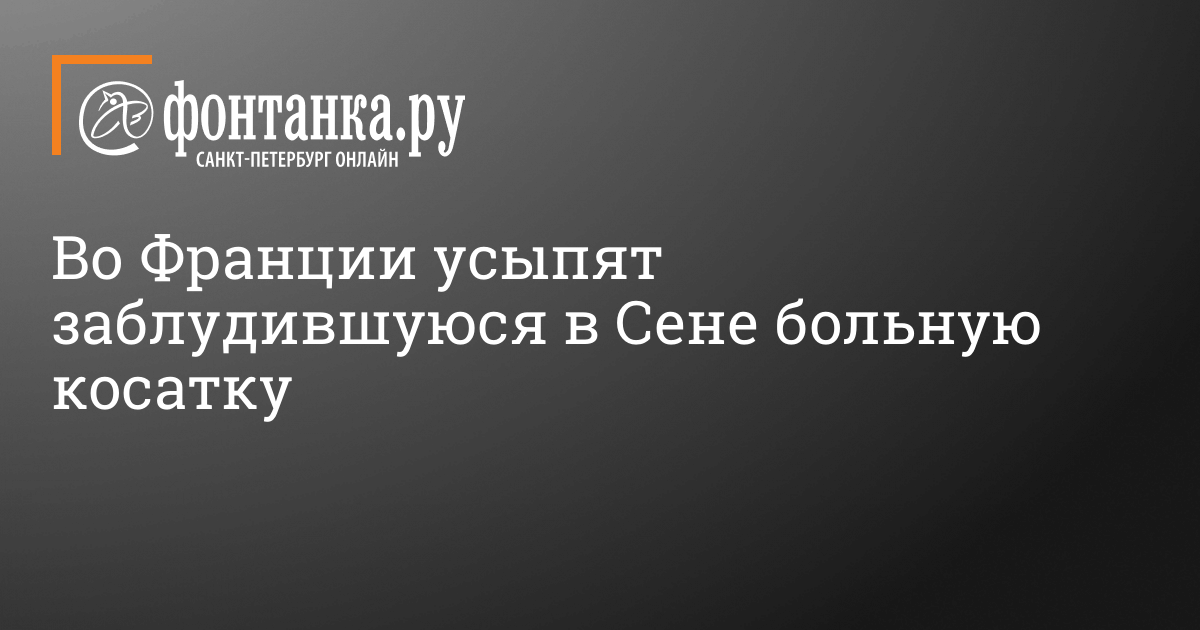 French rescuers were unable to get a lost killer whale out of the bed of the Seine, which swam between Le Havre and Rouen for two months. They decided to euthanize her – the animal is seriously ill, according to the prefecture of the Seine-Maritime department on May 29.

The day before, rescuers tried all day to lure the killer whale with the sounds that these animals make in the wild as danger signals. This did not help – on the contrary, the killer whale was disoriented, wandered from coast to coast, and the operation had to be curtailed. Biologists and veterinarians have concluded that the killer whale’s health is critical.

“On the pictures deep ulcers and dermatitis with necrotic lesions are noticeable. According to the conclusions of the experts, the animal suffers from mucormycosis,” the statement said.

This disease, which can affect immunocompromised animals, has reached a severe stage and can affect the orcas’ internal organs, including the heart and brain. This explains her strange behavior. They fear that the disease could also be transmitted to other immunocompromised marine mammals. For humans, the risk of infection is low, in addition, the killer whale was found in an area closed to swimming and fishing.

“Under these conditions, the working group of experts unanimously concluded that the only possible solution is to euthanize the animal in order to end its suffering and conduct an in-depth analysis of its pathology,” the prefecture is quoted as saying. TASS.