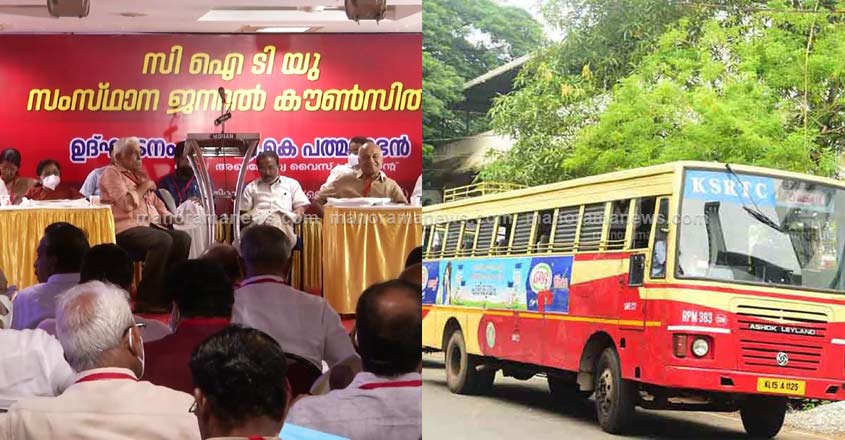 CITU decides to strike if KSRTC pay issue is not resolved. The CITU General Council meeting gave permission to the KSRT Employees Association to respond strongly to the issue. Transport Minister Antony Raju was sharply criticized at the meeting. Critics say the minister’s response is irresponsible.

The KSRTC Employees Association presented a report at the CITU General Council in Thiruvananthapuram highlighting the seriousness of the problems in KSRTC. The report says the strike is inevitable if wages are not paid immediately. MDs since Tomin Thachankari have not considered the suggestions put forward by the Employees Association from time to time for resolving the issues in KSRTC. The reforms were implemented unilaterally. During the ensuing discussion, Minister Antony Raju came under fire. The Transport Minister has given an irresponsible response on the issue of salaries. It is not correct that the strikers said that the salary issue would be resolved. It was criticized that the minister was constantly insulting the workers and that this was not the way to respond to the strike.

Criticism arose that the minister and the MD had failed to study the problems in KSRTC. At the end of the discussion, the Employees Association was given permission to respond strongly to the issues. The first phase will be discussions with the government and KSRTC management. The management has now given an unofficial assurance that the salary will be paid within 20 days. If the promise is not kept, we will have to go on strike. CITU members had joined the strike last time by TDF, an INTUC organization, without attending work. But now the General Council has decided to go directly into the struggle.

Erdogan says Sweden and Finland will not approve of NATO membership

Iodine, what are its health benefits?