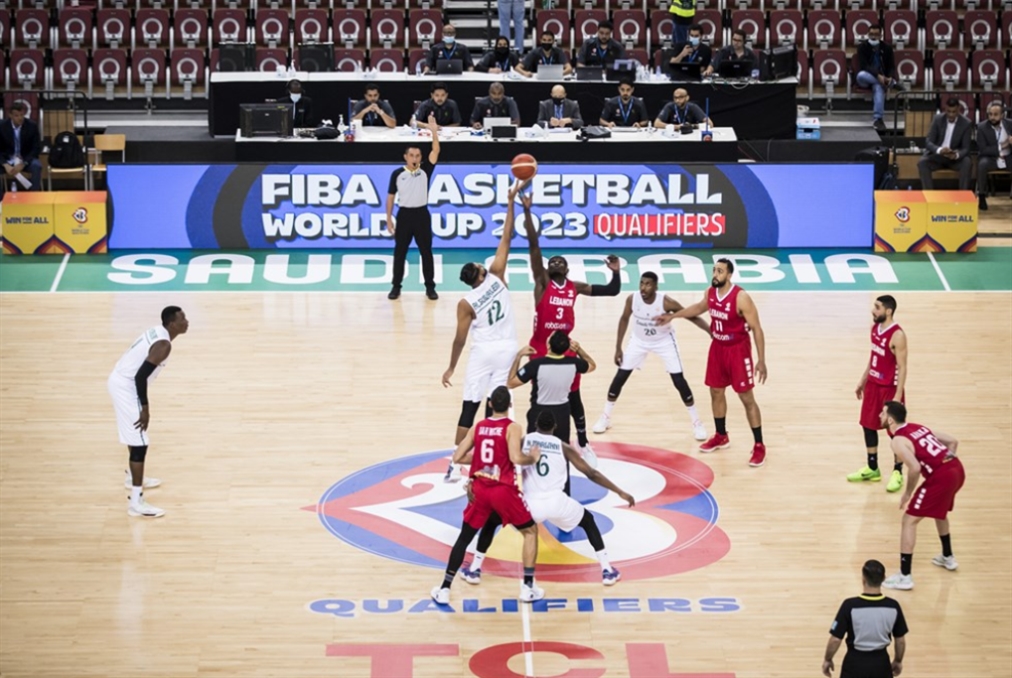 The Lebanese basketball team overcame its loss to the Jordanian team a few days ago, and achieved an important victory over its Saudi counterpart at the latter’s land (81-68) at the end of the “second window” of the third Asian group qualifiers of the World Cup qualifiers, whose finals will be held in the year 2023.

With its victory over its Saudi counterpart, Lebanon shared the top spot in Group C with Jordan (each with 7 points), the winner over Indonesia (94-64) yesterday, while Saudi Arabia has 6 points and Indonesia 4 points.

The Lebanese national team played yesterday’s match with the goal of winning and nothing else, and it appeared better than the one it played last Thursday against the Jordanians in Amman. After the Cedars team excelled in the first quarter and ended in its favour (27-15), the performance of the Lebanese declined in the second quarter to end this quarter with a lead of only 3 points (35-32). In the third quarter, the difference increased to seven in favor of Lebanon (57-50) until the match ended with a score of (81-68).

The teams will currently rest, waiting for the third window, where Lebanon will meet Jordan and Saudi Arabia, respectively, on June 27 and July 5, at the Nohad Nawfal complex in Zouk Mikael, knowing that the points scored by the teams are transferred with them to the second round.
It is noteworthy that the 16 teams participating in the Asian qualifiers were divided into 4 groups, each comprising 4 teams, with the teams that occupy the top three places in each group qualifying to the second round, meaning 12 teams will qualify for the second round to enter 3 “new windows”.

Suspicious honors at the funeral of Commissioner Morcillo’s family