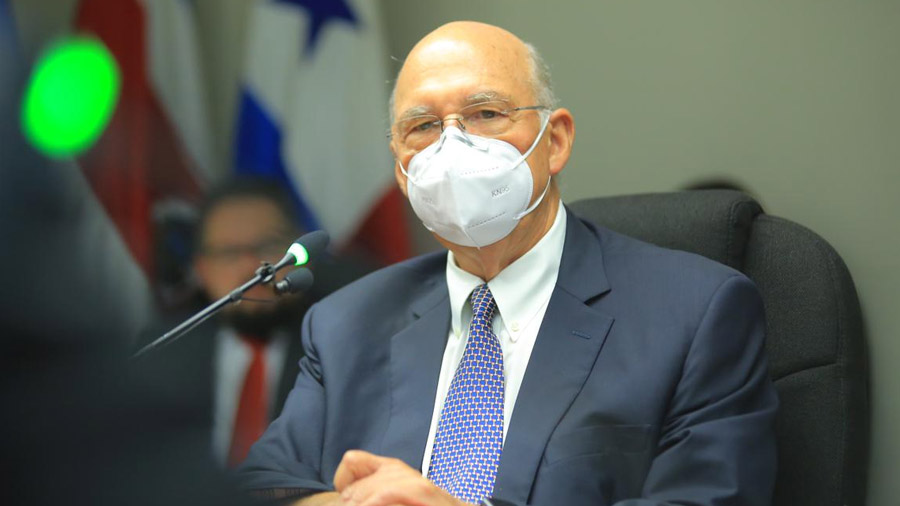 Former President Alfredo Cristiani (1989-1994) arrived at the Legislative Assembly to appear before the special commission that investigates the bonuses awarded in previous governments.

The former Salvadoran president, Alfredo Cristiani, arrived this morning at the Legislative Assembly to appear before the special commission that has been formed to investigate the bonuses from the public funds of the Presidential House and that were allegedly given to officials, individuals and legal entities in governments previous.

After his arrival, the commission was installed around 9:30 in the morning, and three minutes later, the former president made his entrance. However, minutes after he was sworn in, the hearing was suspended technical failures related to problems in recording the session, according to the commission’s president, Jorge Castro, from Nuevas Ideas.

The special commission is made up of deputies from the ruling party fractions, the majority of whom announced last week that for today both Cristiani and his private secretary during his presidential term (1989-1994), Arturo Tona, had been summoned, who will arrive at the commission at 11 in the morning.

Likewise, the commission also summoned the former president, now convicted of crimes related to illicit enrichment, Elías Antonio Saca, to appear before the deputies at 2 in the afternoon, before the intervention of his private secretary during his presidential term (2004 -2009), Elmer Charlaix.

The two former presidents and their private secretaries are “the first to appear” before the commission, according to a message posted by the Legislative Assembly on Twitter a week ago.

Can read: “The deputies who interrogated me reached the limit of torture,” says Lorena Peña

Faced with the formation of the special commission, which was sworn in a week ago, the ARENA party fraction chief, René Portillo Cuadra, affirmed that “when they (the Government) do not accept to investigate the ad honorem positions that they have also received bonuses, which It seems to us that they want to seek revenge, attack the opposition, those who were already in the government, but they do not want to attack their own corruption ”.

Likewise, Jaime Guevara, head of the FMLN faction, added that in the absence of “guarantee of impartiality by not including officials of the current government,” said party would not participate in the formation of the special commission.

Read also: Current government officials will not be investigated for bonuses because they have jurisdiction

For his part, the PCN deputy, Serafín Orantes, said on July 16 that the reason why current government officials will not be investigated is because they have jurisdiction.

“It is for previous governments, the five-year cycle of the current president (Nayib Bukele) has not concluded, it will be in the future when it will be a little easier for people to lose the jurisdiction of those of us who are investigated as public servants,” said Orantes. few days.