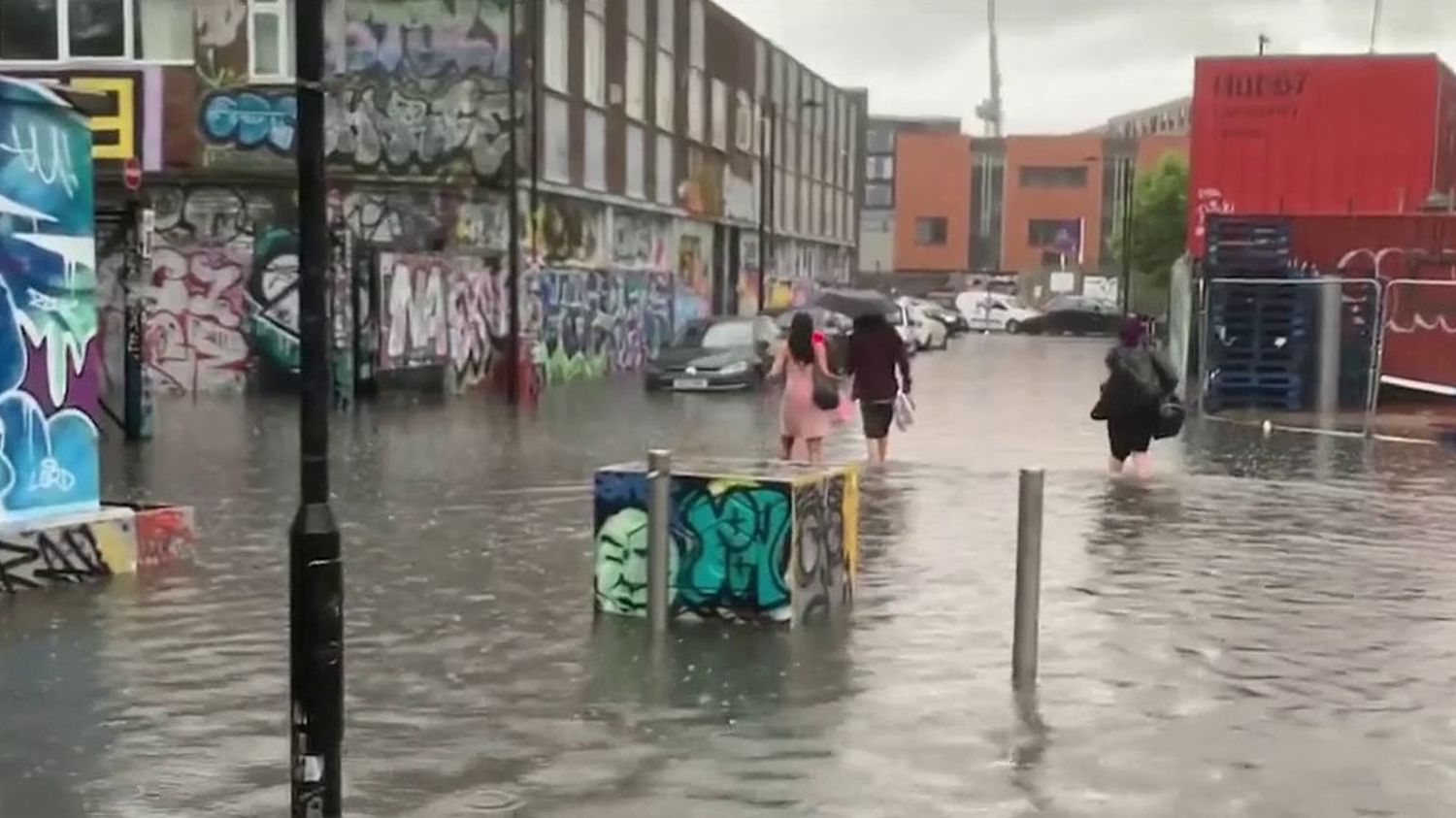 Torrential rains caused spectacular flooding in the south-east of England, especially in London.

The streets of London (England) are almost impassable on Monday July 26. Thunderstorms and heavy rains took the capital and the south-east of England by surprise, until they invaded a station as if a river had rushed inside. Cars are trapped in the middle of the water, as are double-decker buses that cannot continue to operate.

The equivalent of a month of rain fell in just three hours to flood London for the second time in a few weeks. “It was terrible yesterday, I had never seen so much rain“, testifies a passer-by. Two hospitals in London were damaged, the authorities asked the patients to go to other establishments while traders are trapped in their shop in a shopping center. The orange alert for thunderstorms and torrential rain continued until tonight.