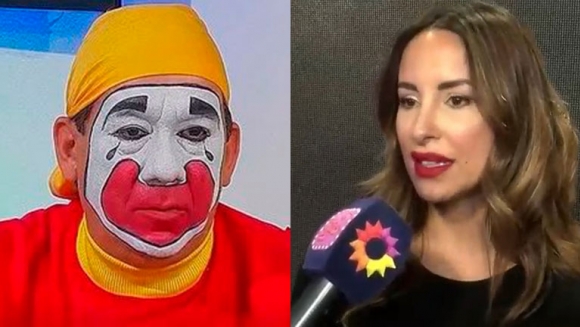 Lourdes Sanchez gave her opinion in dialogue with Show Partners about him family conflict of Piñón Fijo, who was in the news in recent days after a post he made about his granddaughter.

“The truth that surprised me, I feel sorry for Piñón perhaps that this has to be made public, especially since there are children in the middle”, said the dancer.

So, the Chato Prada couple reflected: “But surely it touched him very hard because he was always a super white person around the news, always joy…”.

“For you to have exposed this situation you are really having a hard time, I always say that when there are children, perhaps the problem should be fixed between adults first”, he analyzed.

Lourdes Sanchez made a spicy analysis about the controversy of Fixed Gear with his family in dialogue with the morning program of eltrece: “I know there are other things behind, there are other people”.

“We have people in common and if he really exposed it, it’s for something… He is also a person who has been in the media for many years and today this is uncovered is kind of weird, maybe they want to cover something else, “he said.

In the end, Lourdes spoke about the children of Piñón Fijo: “I don’t know if it’s a campaign against him, because his children who worked with him, it’s kind of strange, money sometimes seems to me that it makes you have bad times”.