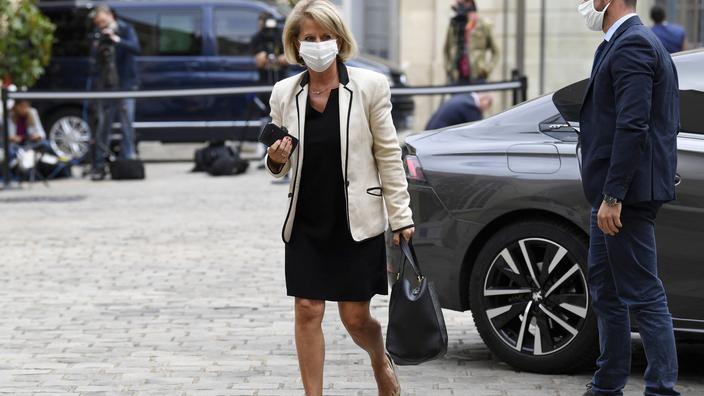 Four partial legislative elections were held this Sunday, in the Oise, Pas-de-Calais, Indre-et-Loire and Paris.

In this spring weekend and first day of Roland Garros, the ballot almost went unnoticed. However, the French from four constituencies – 6th in Pas-de-Calais, 15th in Paris, 3rd in Indre-et-Loire, 1st in Oise – were called to vote this Sunday for the first round of partial legislative elections. Despite a low turnout, between 15 and 20%, this vote allowed the parties to gauge their electorate and their capacity for mobilization. Still useful less than a year from the presidential election.

The Republic on the march had its eyes riveted on the sixth district of Pas-de-Calais. Appointed to the government, the macronist Brigitte Bourguignon put her mandate as deputy at stake – her deputy wanted to keep her mandate as mayor of Ardres – and decided to lead the campaign herself. The bet is for the moment successful since the macronist comes clearly in the lead with 34.95% of the votes in the first round. She will face the RN candidate, Marie-Christine Bourgeois, who won 24.02% of the vote in the second. The two women are ahead of the LR candidate Faustine Maliar (19.2%) and the socialist Bastien Marguerite-Garin (12.9%).

It will be a derby from the left in the 15th district of Paris, which covers a large part of the 20th arrondissement. Socialist Lamia El Aaraje came out on top with 25.66% of the vote. She is followed by Insoumise Danielle Simonnet (20.78%). The LR candidate, François-Marie Didier, comes third (18.52%), neck-to-neck with environmentalist Antoinette Guhl (18.42%). This partial legislative should make it possible to replace the outgoing deputy PS George Pau-Langevin, appointed as deputy to the Defender of Rights in November 2020.

After the resignation of UDI MP Sophie Auconie for health reasons (not replaceable by her deputy in this case), the constituency is in the process of being kept by the centrist party. The UDI candidate, Sophie Mutadier, came clearly in the lead in the first round, collecting 45.02 %% of the vote. She will face in the second round the socialist Murielle Riolet (20.12%). The RN candidate comes third with 18.64% of the vote and the environmentalist candidate Zénie Geneix fourth with 16.22%.

Olivier Dassault’s nephew should inherit the seat from his uncle (administrator of the Figaro), died in a helicopter crash in March 2021. According to partial results, Victor Habert Dassault came largely in the lead with 58.44% of the vote – or 15% of those registered. In the second round, he will face the RN candidate Claire Marais-Beuil who comes second with 15.27% of the vote. Roxane Lundy, the Generation-s candidate who brought together the left, comes third (12.31%).