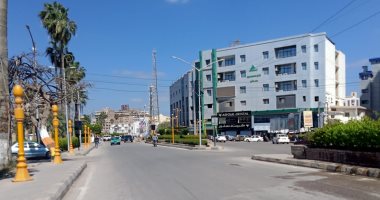 The Meteorological Authority revealed that the the weather Tomorrow, temperatures will drop with values ​​ranging from 5: 6 degrees on the northwestern coasts, with moderate weather prevailing during the day, tending to cold at night.

Tomorrow will also witness wind activity in areas of Greater Cairo, Lower Egypt, the northern coasts and South Sinai, which will raise sand and dust in northern Upper Egypt at intermittent periods.

The following are the expected temperatures for tomorrow, Friday, May 20:

The northern coasts, the greatest 24 degrees, the lowest 17 degrees

North of Upper Egypt, the Great 35 degrees, the lowest 19 degrees

Southern Upper Egypt, the highest is 41 degrees, the lowest is 25 degrees

And the Meteorological Authority stated, that today there will be wind activity in all parts of the Republic

11 places to sip a Moscow Mule and its refreshing variations