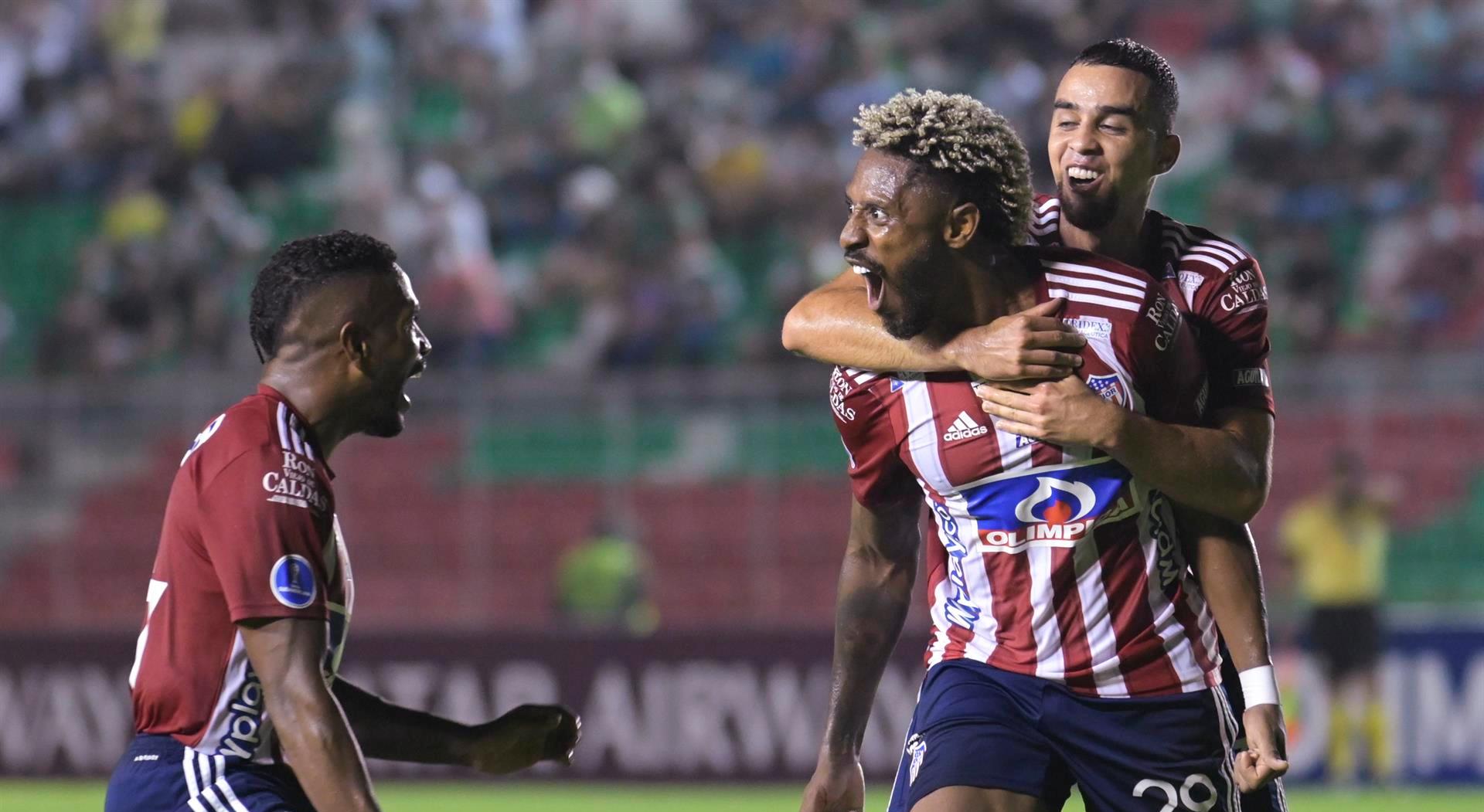 ‘Stick and win’. Not only because of Omar Albornoz’s crash with the vertical before scoring his second goal. Junior defeated Oriente Petrolero 3-1 and added three vital points in his intention to qualify for the next phase of the Copa Sudamericana, this Thursday at the Ramón ‘Tahuichi’ Aguilera stadium, in Santa Cruz de la Sierra, Bolivia. Valuable and necessary victory. And in several periods more struggled and suffered than what the scoreboard says.

To the rhythm of ‘Don Omar’, scorer of the first two goals, and Freddy Hinestroza, architect of the third in the agony of the game, the ‘Sharks’ managed to claim victory against an opponent who offered some resistance and at times put the game at risk. red and white win

Albornoz and Hinestroza were the players who shone the most. Omar scored two goals and was a permanent protagonist in attack and recovery. Freddy was an endless nightmare for the Bolivian team from the first to the last minute (literally).

Luciano Guaycochea partially equalized for the homeowners early in the second half.

Junior assumed control of the ball and the initiative from the opening whistle. With the extreme skill and speed of him, especially Albornoz, he threatened to break the cellophane in the first actions, but the Cartagena blundered when connecting a good cross below Hinestroza.

Albornoz himself later participated in a massive counterattack by the rojiblanco team against a single local defender, but Daniel Giraldo received the pass from the Bolivarian poorly and lost valuable seconds. Finally Miguel Borja threw the play overboard trying to send a pass to anyone.

It was noticeable that Junior had superiority, especially when attacking, because defending, Dany Rosero and Didier Moreno staged several hesitations and unnecessary fouls that complicated and gradually emboldened the host.

In effect, Oriente Petrolero, without arriving in great danger, began to gain confidence and become more animated against a ‘Tiburón’ without the fluidity, clarity and propriety to put the ball in circulation and subdue his adversary.

However, Hinestroza and Albornoz kept scoring chances. Yesus Cabrera and Daniel Giraldo were missing. The first appeared a couple of times with shots in the area and stop counting. He was not fulfilling his role as organizer and guide.

Despite the lack of preparation and inspiration, the rojiblancos screamed a goal before the conclusion of the initial stage when Albornoz hooked outside and took a whip that pierced the Bolivian resistance.

Junior ended up winning 1-0 thanks to Albornoz and a save by Sebastián Viera at the last minute. The Uruguayan was very timely at key moments.

In the second half, Junior continued with his indecisions, while Oriente came out with everything in search of a tie. Six minutes later he was celebrating. The ‘Sharks’ were snoring in the collection of a still ball from the side. They surprised with a back and down pass that Luciano Guaycochea, an Argentine who had already marked Viera when he went through Alianza Petrolera, took advantage with a very strong shot.

Juan Cruz Real immediately decided to replace Fabián Ángel instead of Cabrera, a change that was strange considering the equality that had just been presented, but in the end it was effective.

Although control of the game continued to be lacking, determination, greater vigor, claw were gained. The leader in that section was Miguel Borja. The Cordovan moved, dared and infected his teammates.

Junior improved and again went in search of Wilson Quiñónez’s goal with his three aces in this match, Hinestroza, Borja and Albornoz. Freddy leaked a great pass for Borja, the striker ran for the ball and fired it towards the goal. The goalkeeper rejected and the rebound was left to Albornoz, who was able to score after he and the ball collided with the stick. Somewhat cumbersome.

After that ‘stick and goal’ by Albornoz, Cruz Real and his team brought out the instinct of conservation and focused efforts on protecting the valuable victory. Several times in a tangled and erratic way. They suffered in some quiet ball collections.

The shark DT refreshed his eleventh and managed to keep a team at bay that put up a fight and got several scares in which Viera was crucial. In the six minutes they added, Junior defended himself by having the ball in the opponent’s half and he had enough time to score the third through Hinestroza, who deserved a goal for his outstanding performance. To the rhythm of him and ‘Don Omar’ three gold points were won.

A video game could detect the disease before its first manifestations