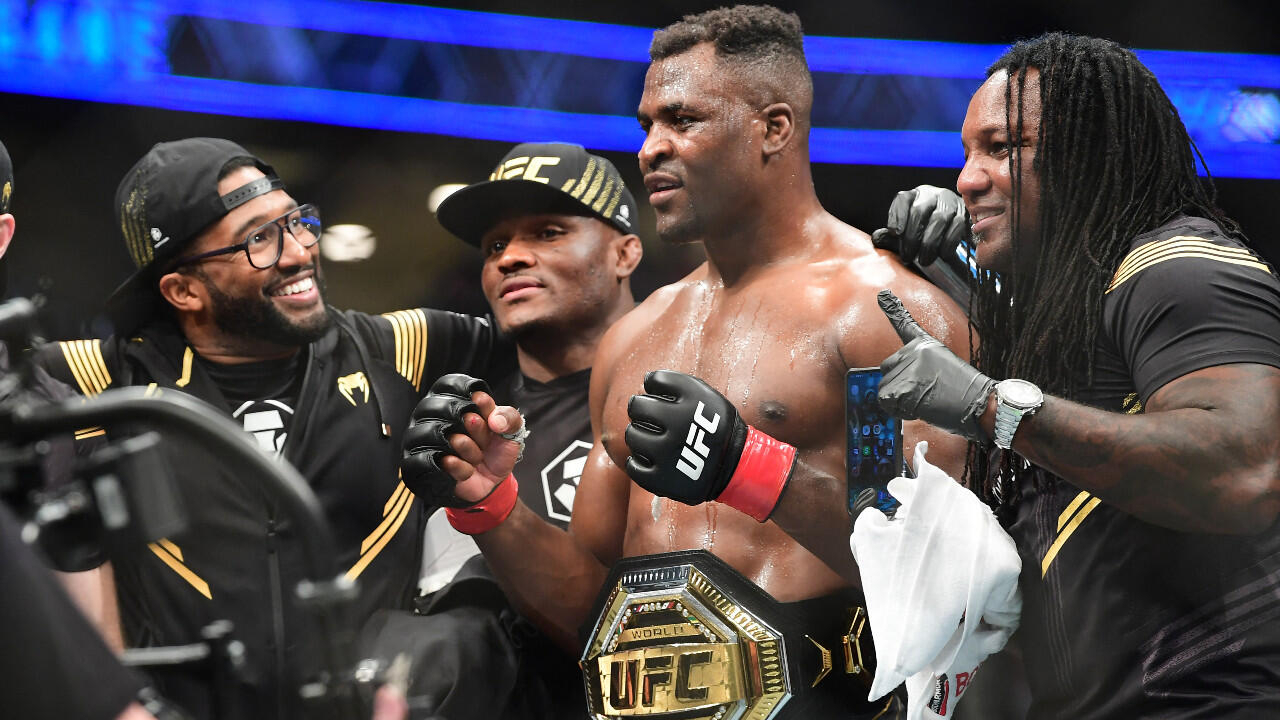 Francis Ngannou remains the heavyweight king. The Cameroonian, UFC world heavyweight champion, won the fight of the year on Saturday in Anaheim, California, which pitted him against Frenchman Ciryl Gane.

It was after five very close rounds, certainly less spectacular than hoped for by MMA fans, that the former Cameroonian migrant, homeless in Paris ten years ago, won, adding a 17th victory to his record (3 defeats) and inflicting on Ciryl Gane her first setback in 11 fights.

The Frenchman started better, varying his shots and thanks to better mobility in the cage. He landed a few back kicks, including one well taken to the neck by his opponent, and full-face jabs.

Ngannou, upset to feel a little behind in points, found the solution in the 3rd round, in a register that is not necessarily his: taking the ground.

Countering a high kick from Gane, he flipped him in the air and tackled him to the ground, falling on it with all his weight (115 kg). Certainly the image of this fight, in the eyes of the public and certainly of the judges.

Ngannou knocked the Frenchman to the ground several times, using his strength to exhaust him, without hitting him violently with his fists, his usual strong point.

Gane tried to counter it with an armbar in the 4th round, but it didn’t last long enough.

In the last round, the two fighters were more often lying on the ground than standing, one taking over the other in turn, until the exhaustion of each and the last seconds.

The power of the “Predator” thus made the difference against the technique of “Bon Gamin”, presumed to be stronger on this point.

Announced as one of the biggest clashes in the history of the UFC, the world’s largest mixed martial arts league, this clash between two fighters who knew each other well enough to both come from the MMA Factory, the factory of champions located in Paris, has perhaps not kept all its promises.

But in the end, ten months after seizing the world champion belt at the expense of the American Stipe Miocic then knocked out unceremoniously under his punches, Ngannou proved that he remains, at 35, the current best boxer in his weight category.

For Gane, 31, the mountain was too high to climb, but the future belongs to one who only started in 2018 in MMA.

In Lyon, an exhibition between real and virtual with digital art pioneer Yacine Aït Kaci

Chemical pollution: what is the “5th planetary limit” crossed by humanity?