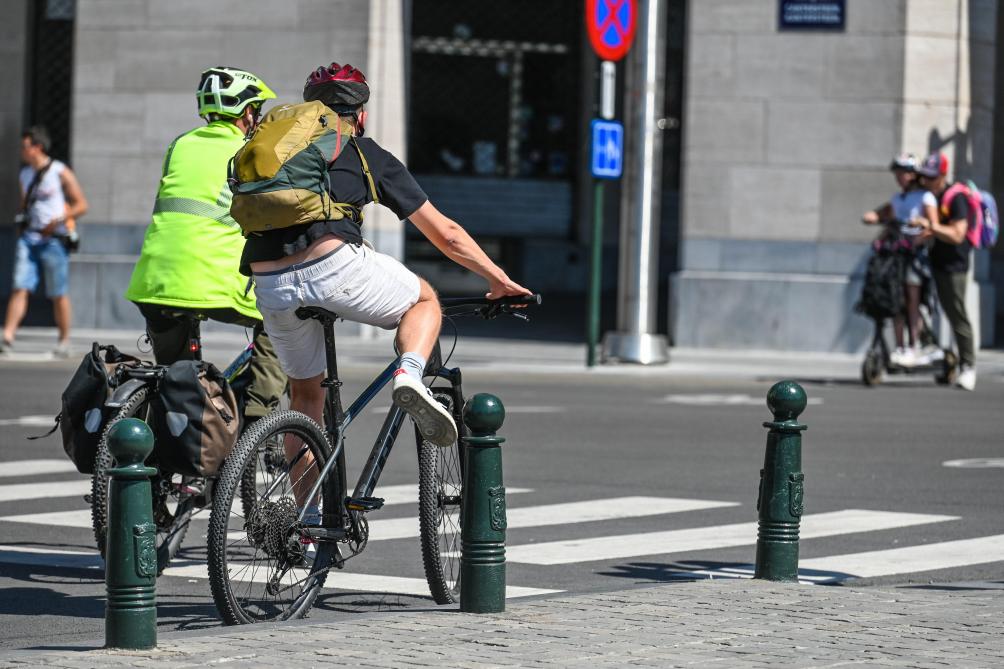 The City of Brussels plans to “appease”, from next August, mobility in the Pentagon with a battery of measures, including one-way traffic, loops and filters. As of this Monday, part of rue Royale is closed due to development work.

Prohibition on driving rue Royale, in both directions, except public transport and priority vehicles, between rue de la Loi and rue de Louvain. Offending vehicles will be flashed by automatic cameras. Traffic filter with passage limited to buses, trams, cyclists and emergency services.

Widening of Place de Louvain creating a loop from Rue de l’Enseignement towards Rue Croix de Fer. Installation of bollards at the Paul bakery. Prohibition of driving on rue du Congrès, in both directions, except public transport and priority vehicles, at Place de la Liberté.

Pedestrianization, traffic ban, one-way or widening of the lanes… Here are the changes planned by August 16 by the plan in inner Brussels:

Upset one-way traffic planned as part of the redevelopment, previously agreed with the district.

Enlargement of the square with a passage limited to the emergency services.

Pedestrianization of the square and adjoining streets and connection to the historic center.

Mandatory right turn coming from the Quai du Commerce towards the tunnel and coming from the Boulevard de Dixmude. Quai de Willebroeck accessible via the Petite Ceinture.

One-way layout. Motorists coming from the quays are obliged to turn left onto Rue de Laeken.

Connection of the Place de la Chapelle to the Skate Park. Limited access to emergency services and buses on their own lane.

The central berm widens and becomes a new place. Access to garages and for emergency services is maintained.

The street is one-way opposite the height of Rue du Vautour, reducing speeding.

Limited access to Place Fontainas for emergency services and buses by means of a dedicated bus site.

Reversal of the one-way street to calm the streets of the Stalingrad and Rouppe districts.

Limited access area with retractable bollard next to the Petite Ceinture. Maintained access to hospital emergencies for ambulances, taxis and patients.

One-way from Rue Locquenghien to Rue Léon Lepage. Leaving the city via Dansaert and the Petite Ceinture.

Pedestrianization/limited access zone planned after the redevelopment as part of the Les Marolles Sustainable Neighborhood Contract.

Partial pedestrianization planned after redevelopment as part of the School Contract.

Rue Haute between J. Stevens and Empereur in a pedestrian zone, with a passage maintained for buses and emergency services.

Project to be developed in consultation with residents and traders in order to calm the street.

Pedestrianization planned after the redevelopment of the Marché au Bois.