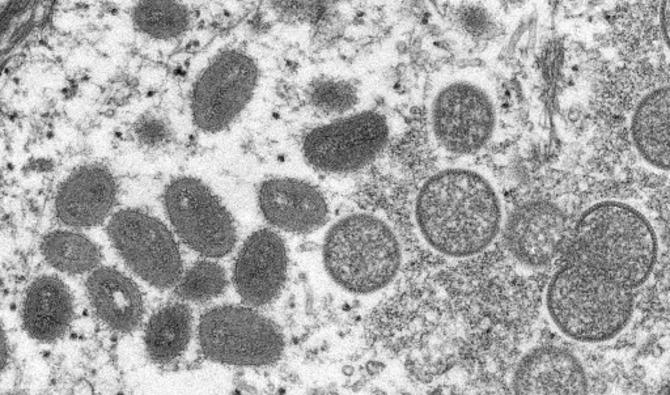 ISLAMABAD: Former Pakistani Prime Minister Imran Khan arrived in Islamabad on Wednesday leading a motorcade of several thousand of his supporters, after clashes with police tasked by the government to prevent them from reaching the capital.

Overthrown on April 10 by a motion of no confidence, Mr. Khan has since endeavored, with his party, Pakistan Tehreek-e-Insaf (PTI, Pakistan Movement for Justice), to put pressure on the fragile coalition in power, by organizing large rallies across the country.

The former star cricketer had called for a “long march” to Islamabad from Wednesday, saying his supporters would not leave the streets until the new government agreed to immediately call parliamentary elections. The deadline for holding this vote is October 2023.

“No obstacle can stop us. We will break down all the barriers and reach (…) Islamabad,” Khan said from the roof of a truck, after leading the main convoy which included more than 20,000 people. at the end of the day, according to an estimate by AFP.

Shortly before, he had landed in his personal helicopter on a highway in the midst of his supporters in cars or on foot waving red and green flags of the PTI, near Mardan, about 100 kilometers northwest of Islamabad .

The convoy had departed from the PTI-ruled Khyber Pakhtunkhwa province.

The Pakistani police had from the beginning of the morning locked access to the capital, placed under high surveillance. It also blocked all major roads leading there from the nearest major cities: Peshawar, Lahore, and Multan.

In Lahore and various other places, the police used tear gas to repel protesters who tried to remove roadblocks in order to join the movement.

Most PTI supporters were prevented from leaving Lahore, where the situation later returned to calm, according to a police statement.

At the end of the afternoon, the police also used tear gas to disperse some 150 people gathered in the center of the capital.

Prime Minister Shehbaz Sharif’s coalition government said on Tuesday it was determined to prevent an event that would only aim to “divide the nation and spread chaos”.

“No one should be allowed to besiege the capital and dictate its terms,” ​​Interior Minister Rana Sanaullah said.

In the early evening, the Supreme Court ordered the release of those arrested in the past 24 hours, and asked the government and the opposition to negotiate the holding of a peaceful and secure rally in the capital.

A total of 1,700 people have been arrested since the police began to search the homes of PTI supporters overnight from Monday to Tuesday, the interior minister said on Wednesday.

The Pakistan Human Rights Commission said it was “very concerned about the authoritarian methods of law enforcement”.

“The overreaction of the state has triggered, more than prevented, violence in the streets,” she said in a tweet.

But the dilapidated economy, with growth that has remained flat for three years, high inflation, a weak rupee and a debt that has widened, as well as the deterioration of the security situation, have caused his coalition to split.

Mr. Khan has clung to power, at the risk of further polarizing Pakistani society. Engaged for several months in a rhetorical one-upmanship, he did not hesitate to claim that his fall was the result of a “conspiracy” hatched by the United States.

He finally had to bring himself to see the PML-N and the PPP return to power, this time combined in a coalition government.

He also alienated the all-powerful army, accused of having helped bring him to power in 2018.

The President cordially congratulated the Governor of Kamchatka on the birth of his daughter: IA “Kam 24”

Robby buys a house in Seraing without knowing that his street was going to become… “a semi-pedestrian meeting area”: ​​”It’s going to be unlivable”