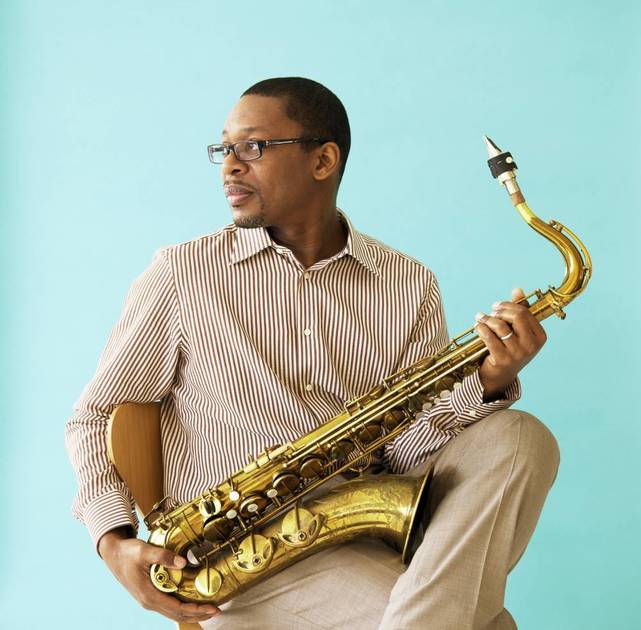 The Arts Center at New York University Abu Dhabi will host a concert by artist Ravi Coltrane entitled “Cosmic Music: A Contemporary Exploration of the Music of John and Alice Coltrane,” Thursday, October 6 at the Red Theatre.
Grammy-nominated acclaimed composer, conductor and saxophonist, Ravi Coltrane explores a repertoire of jazz by his parents, John and Alice Coltrane, allowing audiences to enjoy these groundbreaking works over the course of an entire night. Coltrane will be accompanied on stage by his own band, consisting of Gadi Levy on piano, Rashan Carter on bass guitar, and Eli Howell on drums.
On the other hand, the Arts Center is organizing a professional training workshop under the supervision of Ravi Coltrane, on Wednesday, October 5th, giving a select group of participants a rare opportunity to work with him directly, and acquire some of the skills and techniques that made him a living legend in the jazz world.
The event provides the possibility to attend for those wishing to listen to the discussions, and learn about the principles of modern and contemporary jazz.
Bill Bragin, Executive Artistic Director of the Arts Center at NYUAD, said: “I was so excited when I heard that Ravi Coltrane wanted to host an evening showcasing the deep and inspiring productions of his parents in the jazz world. I am delighted to present to the public in the UAE some of the most profound musical acts in the history of folk music, during one of the most prominent jazz evenings in the country, where John and Alice Coltrane’s songs are filled with explorations across borders and cultures, and influences that will enhance Abu Dhabi’s role as a global hub for music.” .
The spirit of jazz is in harmony with the story of John and Alice Coltrane, whose innovations as composer, instrumentalist and thinker have changed the course of jazz through a range of major artworks, such as John Coltrane’s A Love Supreme and Alice Coltrane’s Journey in Satchidananda, which focus on Deep and sublime spiritual sentiments drawn from the civilizations of the Americas, India and Africa.
Ravi Coltrane’s first visit to the United Arab Emirates aims to present a concert, supervise a training workshop, visit university classes specialized in teaching folk music and produce recorded music, in addition to participating in a dialogue session at the New York University Abu Dhabi Conservatory with Ghazi Al Mulaifi, Boom Diwan Band Leader and Visiting Assistant Professor in the Department of Music at New York University Abu Dhabi, which contributes to highlighting the theme of the eighth season of the Arts Center entitled “Stories”.