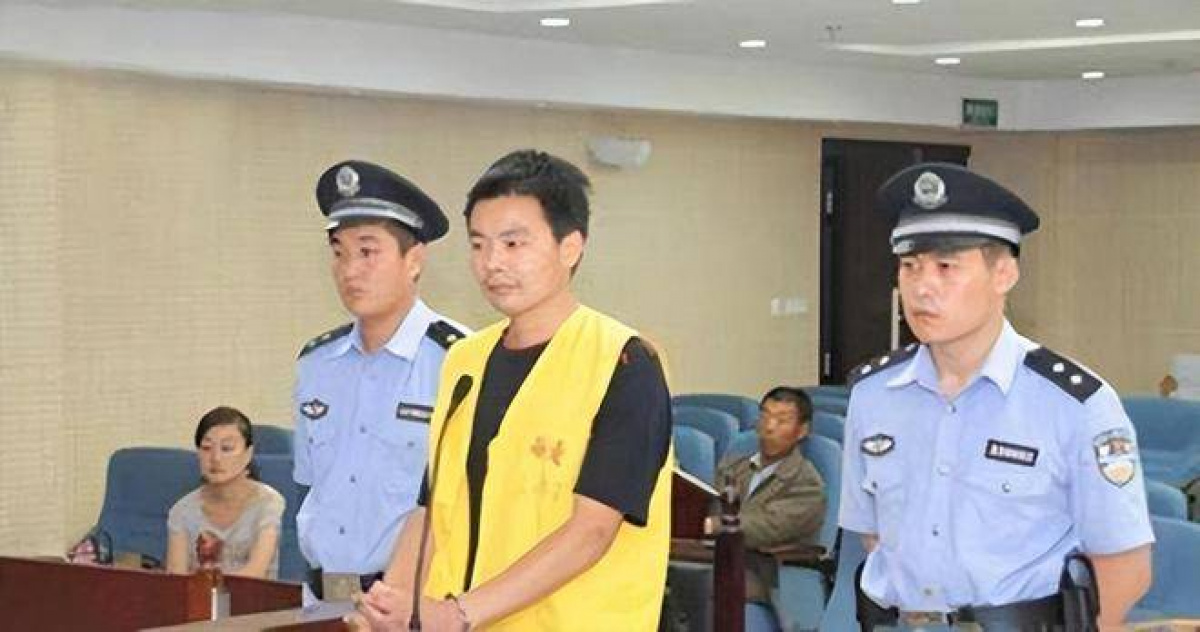 A couple in Xuzhou, Jiangsu was in a car accident 10 days ago. The husband, Jiang Lichun, was paralyzed. Unexpectedly, his 21-year-old wife Zhang Jinfeng suffered a serious head injury and was sent to the hospital. The woman’s parents flew to Xuzhou after receiving the news. Central Hospital.

After a preliminary consultation, the doctor found that the iron nails stuck into Zhang Jinfeng’s head were 10 centimeters long. The old Zhang couple looked puzzled, “Daughter is such a decent person, how can a piece of wood be nailed to her head, and it’s nailed so deeply?” According to Zhang Jinfeng’s husband, Jiang Lichun, when he woke up in the afternoon, he saw his wife lying on the ground with a pegboard stuck to her head, which was a simple mosquito coil rack that is usually used at home. There are still some watermelon rinds on the ground, and it is estimated that the wife fell on the pegboard.

“Zhang Jinfeng was injured on the left side of the head, which means that she fell sideways. Under normal circumstances, when a person falls sideways, the shoulders and hands will instinctively support the body, but Zhang Jinfeng’s shoulders and hands have no signs of falling. Moreover, the human skull is very hard, and it is not easy to insert a 10-centimeter nail at once, and it is even more impossible to form two nail holes.” The doctor’s explanation made the old Zhang and his wife even more afraid. This seemingly simple accident seems to have turned into a premeditated murder.

At that time, only her husband Jiang Lichun and Jiang Lichun’s younger brother Jiang Chunqiang lived with Zhang Jinfeng. The police quickly ruled out Jiang Chunqiang’s suspicion of committing the crime. He was surfing the Internet in an Internet cafe at the time of the crime, and the Internet cafe’s surveillance video provided him with an alibi. As for Jiang Lichun, “Jiang Lichun is a disabled person with lower body paralysis, and Zhang Jinfeng is a physically strong man. She is a strong young woman. Jiang Lichun has absolutely no ability to nail his wife,” said Captain Liu of the Criminal Police Brigade of the Quanshan Public Security Bureau of Xuzhou City.

Let this case be covered with layers of fog, and the police also fell into a deadlock for a while. Originally, as long as Zhang Jinfeng woke up, the truth would be revealed. Regrettably, although Zhang Jinfeng was temporarily out of danger, her brain was severely damaged, and her language, logic, and right limb ability were all lost. However, an unexpected phone call caused ripples in this mystery case. .

However, Jiang Lichun later told the two old people that the reason why he could lose so much money was the result of his spending money to clear things up. He cheekily asked the old Zhang couple for “200,000 errands”. The police have to suspect that all these strange coincidences may not be accidents, but that someone deliberately faked an accident in order to deceive insurance. All kinds of evidence point to Jiang Lichun, the son-in-law of the Zhang family, this seemingly kind-hearted disabled person is suspected of committing the crime.

At this moment, Jiang Lichun suddenly disappeared. He told Lao Zhang and his wife that he was going to Beijing to see a doctor, so he left his severely injured wife and left Xuzhou in a hurry. In fact, Jiang Lichun fled back to his hometown of Lianyungang, Jiangsu. Soon, the police found Jiang Lichun’s trace in the surveillance of an Internet cafe in Lianyungang. But when they saw the scene in the video, the investigators were stunned and couldn’t believe their eyes. “I didn’t sit in a wheelchair at all, I walked up and down the stairs by myself.” Jiang Lichun was not paralyzed at all!

The police immediately arrested him. Jiang Lichun, who was walking like a fly, could not deny it and confessed that he murdered Zhang Jinfeng in order to defraud insurance money. The Xuzhou Intermediate People’s Court ruled that the defendant Jiang Lichun was guilty of intentional homicide and insurance fraud, sentenced to death and deprived of political rights for life.

Signs that will warn you of a heart attack..don’t ignore them

‘The country sees what you say and do’: Rahul to Modi – Rahul Gandhi | Bilkis Bano Narendra Modi