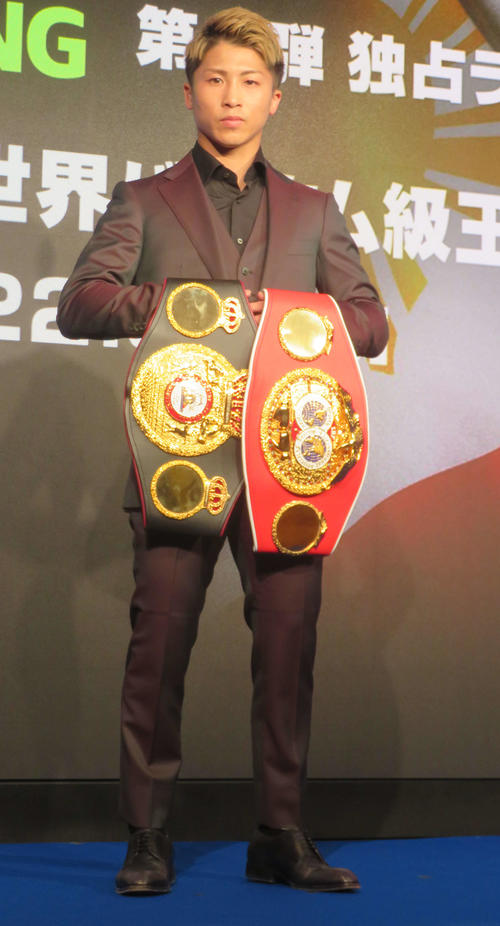 Professional Boxing WBA Super, IBF World Bantamweight Champion Naoya Inoue (28 = Ohashi) will face WBC World Class Champion Nonito Donaire (39 = Philippines) at Saitama Super Arena on June 7th. It was announced on the day. It will be the first rematch in about 2 years and 7 months since the World Boxing Super Series (WBSS) bantamweight final, the tournament that decides the strongest class held at Saitama Super Arena in November 2019. On the 30th, Inoue attended a press conference at a hotel in Tokyo. The main questions and answers are as follows.

-The feeling of a rematch with Donaire

Inoue “I vividly remembered the day of the (WBSS) final on November 7, 1919. After that, Donaire took the WBC title and the last two races 2KO and wonderful content. I was interested in Donaire and as myself This rematch with Donaire has been settled once, but I promise to win with more content than last time. I decided to prepare for the 13th round. I will continue. “

-Donaire’s interview at the press conference has many smiles

Inoue: “I was even more excited when I saw the current message. There is a monster behind that smile. I can’t be fooled by that smile. I want to tighten my mind from now on.”

-There is KO consciousness

Inoue: In the WBSS final (when the referee took down in the 11th inning, the referee’s count was slow), there was a phantom 10 count, but this time it won’t happen. I think I’ll take 10 counts firmly. “

Inoue: “I’m confident that I can handle whatever traps are set up. No matter what way Donaire uses or what drawers I use, I’ll just handle it. I think it’s a trap.”

-Are you good at rematching?

Inoue: “I’m good at joining hands with the same opponent (in actual battle training, etc.). I think I can use many drawers. Donaire also has a great career and is a smart boxer who can change styles. I think there is. “

-Which is better for the rematch?

Inoue “I think I have an advantage. I think you can understand the reason by watching the game.”