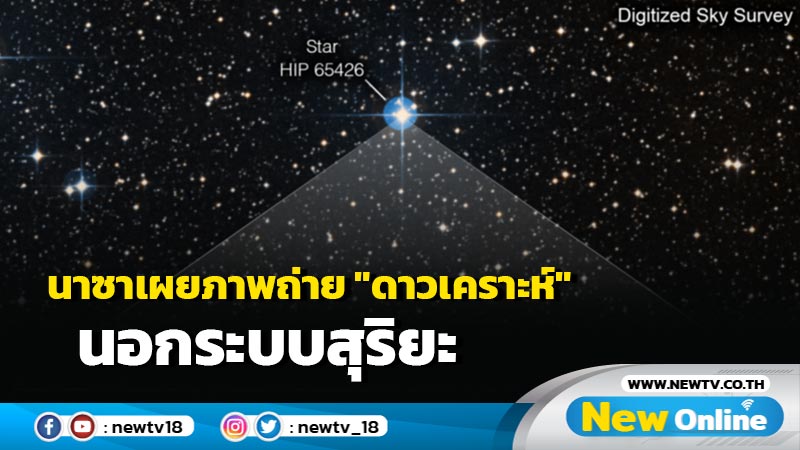 LOS ANGELES, Sept. 3 (Xinhua) — NASA (NASA) said Thursday that the James Webb Space Telescope of the The organization has been able to directly record images of a planet outside the solar system for the first time.

Named “HIP 65426 b”, this exoplanet in the telescope image is a gas giant, about 6-12 times more massive than Jupiter, and about 15 years old. -20 million years, less than 4.5 billion years old Earth

The organization stated that the four-color photograph shows the telescope’s potential. To easily capture images of exoplanets This paves the way for future observations that will provide an unprecedented increase in information about exoplanets.

The James Webb Space Telescope is the largest space telescope. the most powerful and the most complex in the world that has ever been built. caused by cooperation between NASA European Space Agency and the Canadian Space Agency.