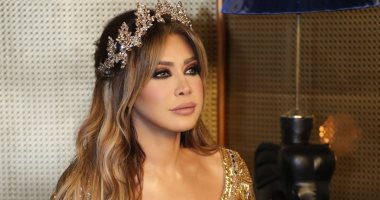 The star, Nawal Al Zoghbi, explained the fact that she was poisoned after her last concert, which she performed in Sednaya.

Nawal Al-Zoghbi tweeted, through her account on Twitter, saying: “I read news of being poisoned because of my stay in a hotel in Sednaya, and this thing, to be honest, is never real, and circulating in this form is harmful. The story requires clarification.

Nawal Al Zoghbi reassured her fans of her health condition, after she was admitted to the hospital after suffering a health problem, and Nawal Al Zoghbi said in a tweet through her official account on Twitter: “Praise be to God, I became better and did well, I was discharged from the hospital!“.

And Nawal Al Zoghbi had revealed the name of her new album, which is scheduled to be released in the coming days, and she announced in a tweet to her on her official page on the “Twitter” website, the name of the album, which is “the opposite of nature”. And a song in the Gulf dialect, all depicted in the way of a video clip.

The star, Nawal Al-Zoghbi, performed on Friday, July 16, a concert in Syria, and published a picture of the concert poster through her account on Instagram, and her followers expressed their happiness for that concert, wishing that a concert would be held in Lebanon as well..