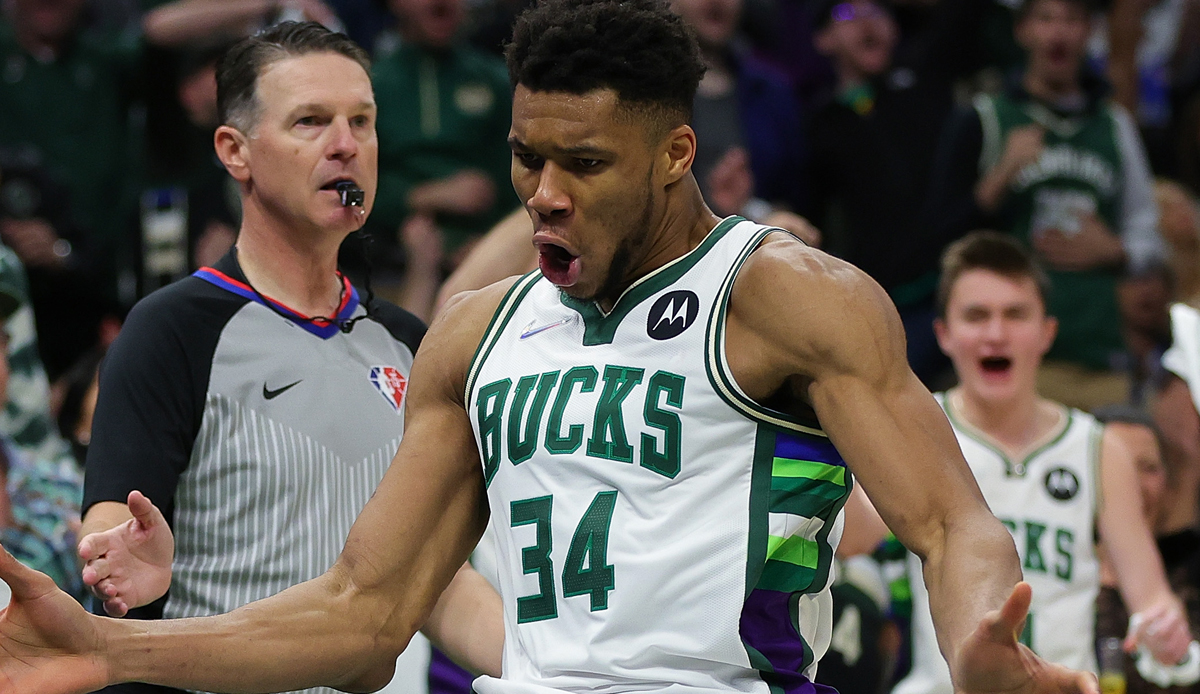 The Milwaukee Bucks won Game 3 against the Boston Celtics, taking the lead of the series. Giannis Antetokounmpo was once again the guarantor of the 103:101 success, but co-star Jrue Holiday hit the decisive throw in a dramatic final phase.

With less than two minutes left, Jaylen Brown was 14 points behind and the visitors took the lead again for the first time since just after halftime, before Jrue Holiday and Giannis Antetokounmpo with two drives gave the Bucks a 3-point lead. Marcus Smart went to the line with 5 seconds left, intentionally missed the second try and grabbed the rebound, but Al Horford’s tip-in for possible extra time came just after the siren, allowing the hosts to survive.

Boston won the final section 34:23 and made it exciting again thanks to Jaylen Brown (27, 8/16, 12 rebounds) and Horford (22, 9/16, 16 rebounds, 5 assists). Jayson Tatum (10, 4/19, 3 assists), on the other hand, had a night to forget and was also unlucky in crunch time when he wanted to pull an offensive foul on Holiday’s decisive throw instead of making it as difficult as possible for the guard with his length close. Daniel Theis played 2:17 minutes in the third quarter, but had no influence whatsoever.

The Bucks started with a smaller lineup (Grayson Allen for Bobby Portis), but that didn’t change much defensively as Lopez started out strong at ringside. Boston got some open triples, but otherwise nothing was easy. The same was true for Milwaukee, but they also took some faster deals. Antetetokounmpo had collected 8 points, while Tatum hardly got anything. He struggled against the hosts’ drop coverage (22:19).

The three didn’t fall on either side, but Tatum made a small exclamation mark with a transition dunk over Giannis. However, the Greek dominated the first half with his drives, dunks and also a furious block against Tatum (it was probably goaltending). Otherwise, only Holiday and Lopez scored, Boston distributed it a little better, but also remained without a field goal for more than six minutes. Yet the visitors led 50-46 at the break as Boston pinned the third foul on Giannis and scored the last seven points of the quarter with the Finals MVP on the bench.

Milwaukee reacted, the first few minutes belonged to Antetokounmpo, who pranced through the zone and thus initiated a 20-6 run by the Bucks. The hosts were particularly successful in semi-transitions, mostly thanks to Giannis, who attacked immediately after defensive rebounds. Tatum continued to throw bricks diligently, the Celtics afforded 7 TO in the section. The break for Antetokounmpo could not be used either, instead the hosts extended their lead and took a cushion into the final quarter (80:67).

But Boston wasn’t beaten yet. Brown, who had been pale until then, quickly scored 7 points, Derrick White (14) hit a three-pointer. Within 4:30 minutes, the Celtics had scored more points than in the entire third quarter (18:17). The Bucks wobbled because Antetokounmpo was too infrequently found. Horford was the best man for the Celtics at this stage, both front and back. Brown put the Celtics back in front from the line with just under two minutes left before the Bucks survived in a wild crunch time thanks to Giannis and Holiday.

The star of the game: Giannis Antetokounmpo

In the first two games, the Celtics had held the Greek off the field at 38 percent, this time they were powerless against the reigning Finals MVP’s brute force. Antetokounmpo got his shots quicker this time, repeatedly catching the Celtics unsorted for easy lays and dunks. Except for Horford, no one had any answers for the Greek that night.

The flop of the game: Jayson Tatum

A very difficult evening for the forward, who couldn’t cope at all with the Bucks’ adapted defense. Milwaukee could live with Tatum from the middle distance, especially since he didn’t hit any of them. There were also several hair-raising turnovers and strange decisions. The 24-year-old repeatedly refused a possible layup for a pass outside. His decision to flay an offensive foul against Holiday in the last Bucks attack was also not very glorious. Bright spot: 4 blocks.

Celtics vs. Bucks: The series at a glance

Lula runs again for the presidency to “rebuild” Brazil

what is GAL and where to buy Project Galaxy