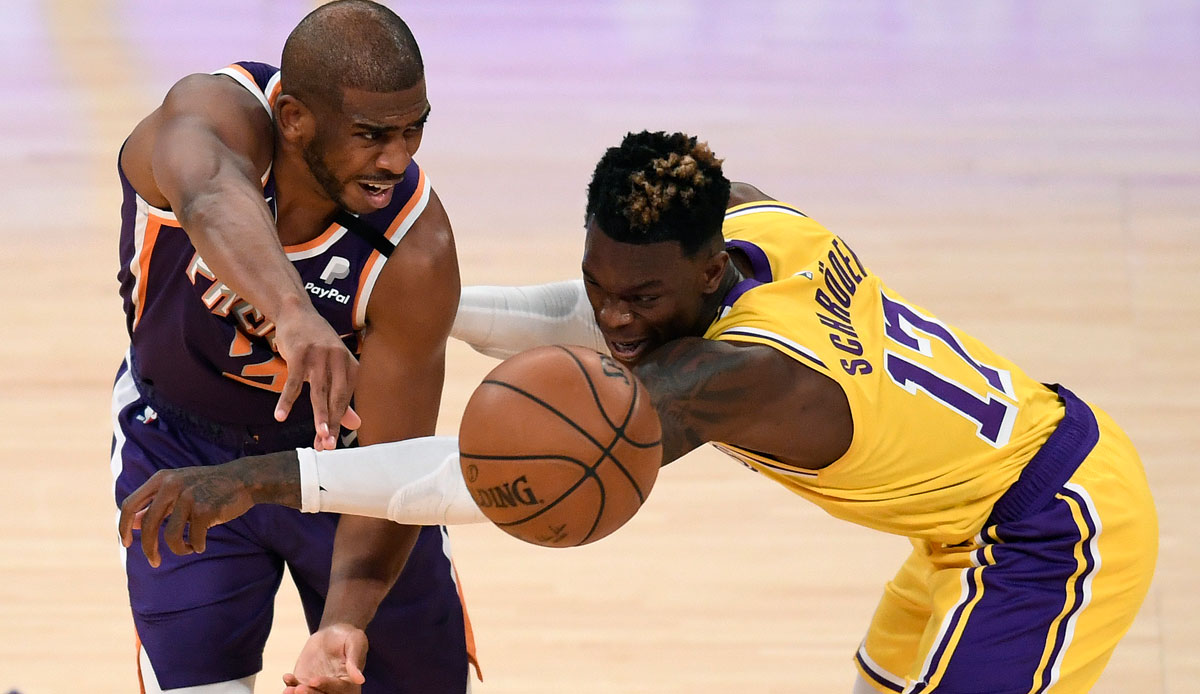 The Los Angeles Lakers are probably looking for a new point guard. There is said to be interest in Russell Westbrook and Chris Paul, but Dennis Schröder would have to give way for this.

Laut Marc J. Spears (The Undefeated) the Lakers want to start the coming season with an experienced playmaker and should consider Russell Westbrook (Washington Wizards) and Chris Paul (Phoenix Suns).

Paul could become a free agent but also holds a $44.2 million player option. The 36-year-old has until August 1 to decide whether to draw it or not. If Paul were interested in a Lakers engagement himself, the Point God would probably have to let the option lapse in order for a sign-and-trade deal to be worked out with the Suns.

The 11-time All-Star is a good friend of Lakers superstar LeBron James, who, among other things, sat on the sidelines in Game 5 of the Finals to cheer on his buddy.

Dennis Schröder: Will there be a sign-and-trade deal?

A possible trade for Westbrook would also have to be designed as a sign-and-trade. In this case, Dennis Schröder would have to agree to a trade to Washington. The Braunschweiger is a free agent and is said to be hoping for $100 to $120 million for his next long-term contract.

Also in a trade would be Kyle Kuzma and restricted free agent Talen Horton-Tucker to offset Westbrook’s massive contract. The 31-year-old rakes in $44.2 million next season, like Paul, but then has an option for a further year for $47.1 million.

Paul, on the other hand, could simply exercise his option and then immediately seek another contract extension. After the NBA Finals, the 36-year-old immediately made it clear that he didn’t want to end his career and wanted to get back to work immediately.

Staying in Phoenix also seems possible after CP3 reached the finals with the Suns for the first time in his career. On the way there, the Lakers around James were knocked out 4-2 in the first round.

The INE is autonomous but collaborates with the Government to strengthen democracy: Córdova

A 20 GB mobile plan without commitment at €9 per month: it’s possible!