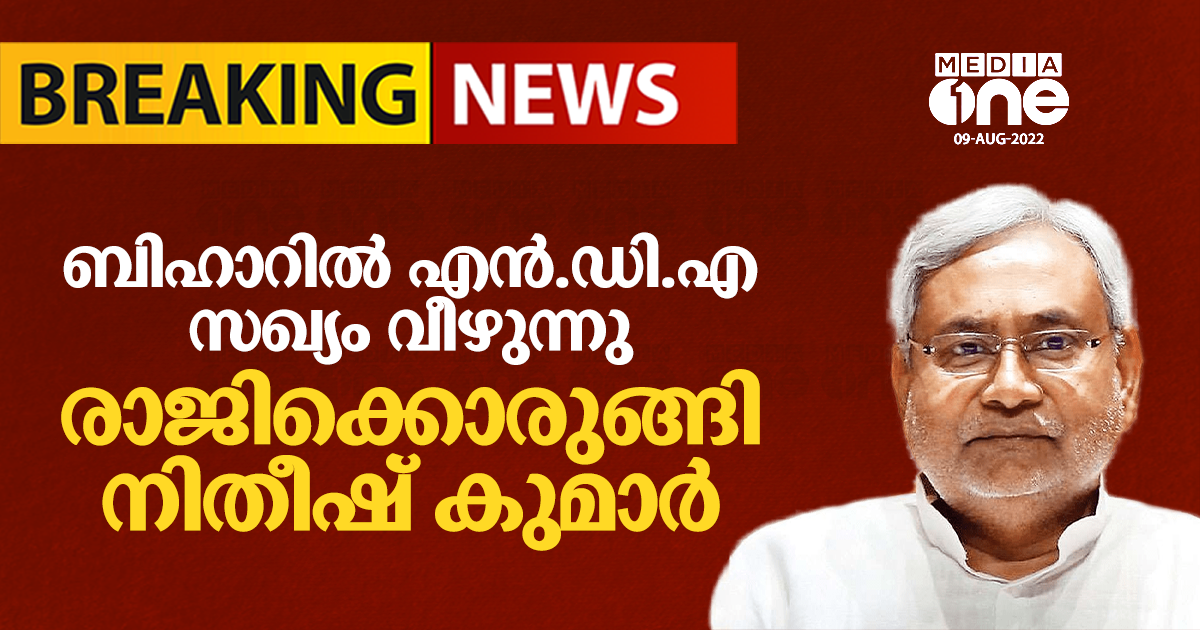 Patna: Bihar Chief Minister and JDU leader Nitish Kumar is reportedly preparing to resign. A decision will be taken soon on whether JDU will continue in the NDA government. Nitish is having a meeting with the Governor at 12.30. The Congress has announced that it will support the NDA if it leaves.

A high-level leadership meeting of the party was called today to discuss matters including leaving the front. Prominent people including MPs and MLRs have participated in the meeting. After the meeting, a leader told the national media ‘NDTV’ that the explosive news will come out soon. A BJP leader has also stated that the government cannot proceed in the current situation in Bihar.

Apart from the Congress, it is reported that the Rashtriya Janata Dal (RJD) leadership may also support Nitish. It is reported that leaders close to RJD chief Tejashwi Yadav have informed Nitish that they are ready to support him if he leaves the NDA. RJD is currently the single largest party in the Bihar Assembly.

It is reported that differences of opinion with Union Home Minister Amit Shah led Nitish to take drastic measures. Nitish is worried that Amit Shah is constantly trying to split the JDU. Earlier, Nitish had publicly expressed his opposition to issues related to NITI Aayog.

In 2017, RCP Singh got the post of Union Minister as a representative of JDU. JDU got only one minister. Nitish has already expressed his displeasure over this. A leader also revealed that RCP claimed to Nitish that Amit Shah was only interested in him.

Summary: Nitish Kumar seeks time to meet Bihar Governor at 12:30 pm as amid rift with BJP

Raid on Trump in Florida: “My beautiful home is being searched”