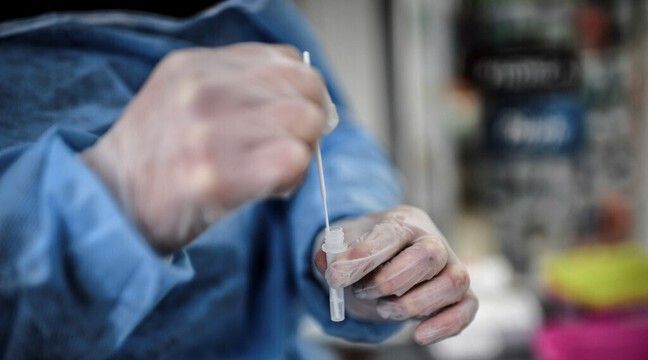 The epidemic ebb continued Friday in hospitals, with a further drop in the number of Covid-19 patients, but also in terms of contamination, according to daily figures published by Public Health France.

The decline of the fifth wave that began last fall, first carried by the Delta variant and then by its highly contagious successor Omicron, continues: 25,484 people infected with Covid-19 are currently hospitalized, i.e. 634 less than the day before. Among the patients in the hospital, 2,546 are taken care of in the critical care services welcoming the most serious forms, that is to say 110 less in 24 hours.

Less than 1,500 patients in critical care, the objective

The government mentioned a passage below the threshold of 1,500 patients in critical care by mid-March among the criteria for lifting all or part of the vaccination pass in force for a month. The Minister of Health also mentioned contamination below an incidence rate of 500 per 100,000 inhabitants, against 762 in the latest figures.

For new cases, 58,138 were confirmed on Friday. With this figure, the seven-day average, which gives an idea of ​​the real evolution of the epidemic, declines to 63,131 cases, against less than 67,000 on Thursday.

The human toll of the epidemic continues to increase, but at a slightly slower rate than in previous days: there were 188 deaths in 24 hours in hospital. Since the start more than two years ago, there have been 137,958 victims in France.

Vaccination continues at a slow pace. According to figures from the Directorate General for Health (DGS), 54.18 million French people have received at least one dose (80.4% of the population), 53.19 million are fully vaccinated (78.9% of the total population), and 38.84 million received a booster dose.

Michaël, the 44-year-old worker, was the father of two children

“My twentieth Agricultural Show in 23 years”: Max Soulard and his bull ready for Paris