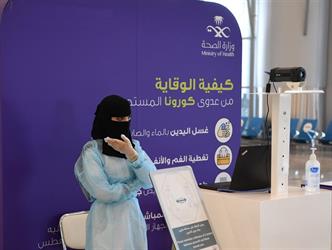 The epidemiological curve of the Corona virus in the Kingdom, during the past 24 hours, recorded a noticeable decline in the level of infections and deaths, as well as cases of recovery.

According to the data of the Ministry of Health, the regions of the Kingdom witnessed the registration of 1152 new cases of corona, a slight decrease of 36 cases from yesterday.

The number of deaths also decreased by recording one death, bringing the total deaths as a result of Covid 19 to 9176. Deaths have remained at their stable levels since the beginning of last October.

At the same time, the number of people recovering from the virus decreased, with 864 cases recorded today, but it remained less than new infections for the fifteenth consecutive day. This brings the total of those recovering from Corona to 761,354 out of 780,135 injuries since the start of the pandemic in the Kingdom.

Critical cases rose again, after they recorded a decline in the past three days, as 5 cases entered intensive care, bringing the total to 96 critical cases.