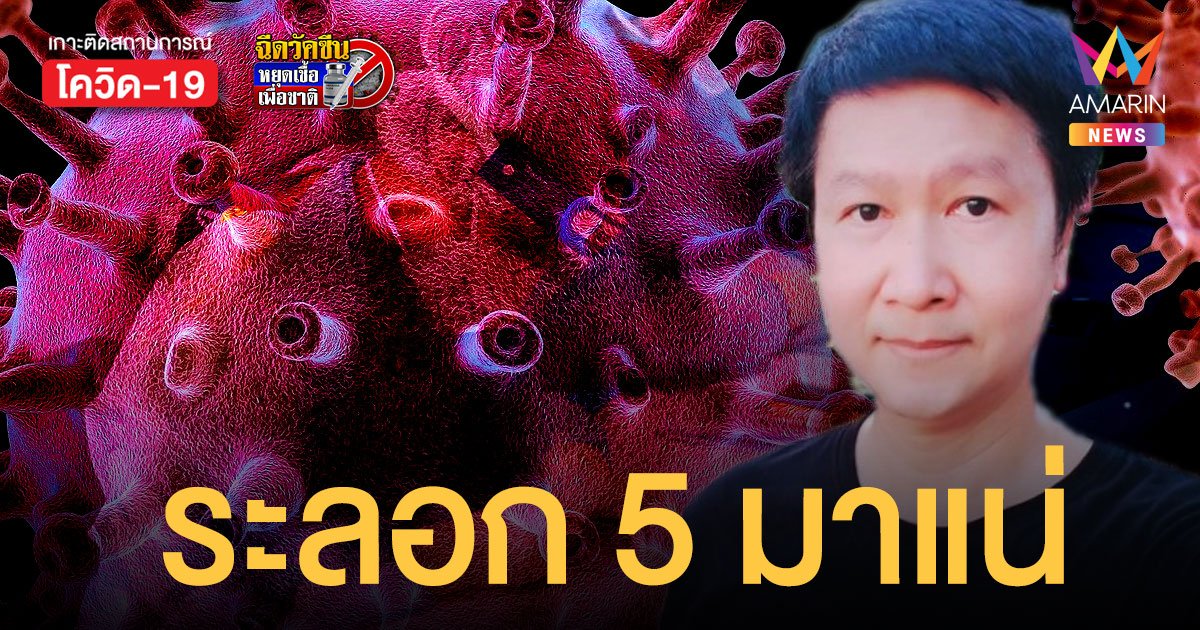 Ajarn Jet believes that Omicron COVID-19 in Thailand is still in an uptrend, not a downtrend, expecting a fifth wave of outbreaks to come between Feb.-March.

On January 31, 65, reporters reported that Assoc. Prof. Dr. Jesada Denduangbriphan Faculty of Science Lecturer Chulalongkorn University Post a comment About the situation of Covid-19 in Thailand via Facebook page Oh, it’s like this by Ajarn Jet stated that I think “Covid-19 is still an uptrend, not a downtrend”. People commented that The situation of the Covid-19 epidemic in Thailand, which this new wave comes with the omicron mutant virus, is on the decline. We are going through a crisis already. Some added by raising news reports on the situation abroad. That many countries are down. Plus Thailand. There is news that the Ministry of Health will adjust the level of emergency of Covid. to be endemic I must say I see differently in this regard. I think we are still on the upswing of the epidemic. There is no evidence that it has reached its peak and has become bearish. understandably

It is true that many countries which has a severe epidemic of omicron that has rapidly increased in number of infected people But after about 1-2 months, it came to the peak of the outbreak. And is clearly coming down. For example, South Africa. United Kingdom, United States, Canada, etc. (See Figure 1.)

part of Thailand itself Although the curve of the number of new infections daily will not be as steep as other countries But it can be seen that it is still in an uptrend. Especially if you look at the model that counts both the PCR and ATK results together (gray line in Figure 2), it can be seen that there is still an uptrend.

only if compared to Thailand with other Asian countries Where there are outbreaks of this magnitude (eg Singapore, Japan, in the picture), our graph is not very steep. This may come from the ability to help each other control the epidemic. Press the slope of the graph for Thai people. or in reverse The number of officially reported cases is still not high. may be caused by a problem with the inspection However, if the ATK test is positive, home quarantine is usually required. Without taking the total to the ministry’s total, plus most omegle-infected people tend to have no symptoms. or just a little causing it to never be examined again until it heals on its own

Finally, the number of infected people reported less than it should be Compared to trends in other countries where omicron has a negative reputation. that it has spread widely quickly (which is surprising Because I constantly hear news that there are many infected people in that province, this province. that circle, this circle But why are the official numbers not so high?)

So, let’s just not underestimate each other. I still think we will have to deal with COVID-Omicron to the fullest. especially in February-March. and then after April-May already If it goes well Dealing well with Omikron (with 3 key weapons: ATK testing kits, home isolation and mobilization for all ages vaccinations) it’s possible that Thailand will start entering the end game just like any other country. into a real downtrend until starting to relax and reduce anxiety Let’s live together as usual.

I would like to add “9 important points” that you should know to deal with the epidemic situation of covid-omicron.

The princess of the Arab screen.. She married a famous artist after an emotional scene and 4 hours after the wedding.. She fled terrified from his home and asked for a divorce!