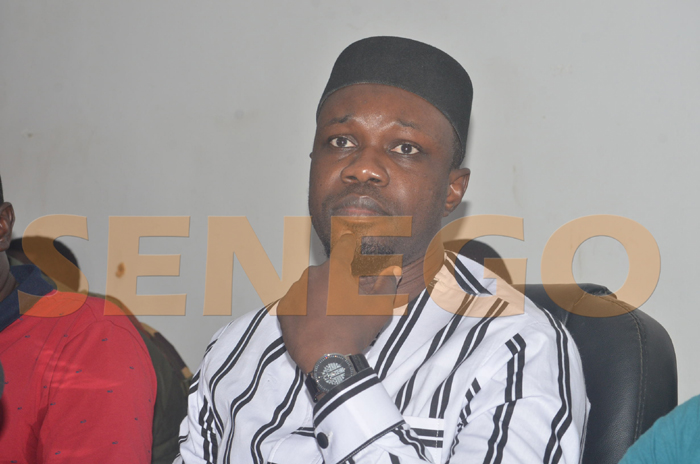 “If we were to remain the only opponents of Macky Sall, we are ready for it“Ousmane Sonko told Jeune Afrique. The “Patriot”, during this interview with our colleagues, gave his opinion on the rallying to the presidential movement of President Idrissa Seck, Oumar Sarr, among other opponents, on the occasion of the last reshuffle.

“The political field is clearing up …“

For Ousmane Sonko, “things are going in the right direction“. Because, according to him, “for the first time since the legislative elections of 2017, the political field is clearing up. Many figures categorized in the opposition did not really oppose, deriving their status only from their participation in the presidential election or in previous elections. This has caused a blur in our ranks“.

“During this period, we were the only ones to express our positions audibly, through a daily fight against the practices of the regime. Today, a fringe of the opposition has dropped the mask, which allows to define a little better the line of demarcation between the opposition and the power. If we were to find ourselves alone, we are ready for it: whatever happens, we will camp in a firm and radical opposition“.

Indeed, since the announcement of the results proclaiming President Sall the winner of the 2019 Presidential, Idrissa Seck had walled himself in deafening silence. This, since his call for calm to the populations. His rallying to Macky surprised more than one. Unlike some political analysts who predicted that Idy would join the presidential movement.

Asked about the question, Ousmane Sonko recalls that in “entering the Senegalese political arena, only six years ago, we had the ambition to do politics differently. For us, Senegal is not faced with a problem of men but rather of a system. Some of Senghor’s companions then accompanied Abdou Diouf then Abdoulaye Wade; former ministers of Abdoulaye Wade are today alongside Macky Sall …”

To read more in Jeune Afrique: Ousmane Sonko: “If we were to remain the only opponents of Macky Sall, we are ready for it”

Sonko, “leader of the opposition”

“Within an opposition decimated by the successive rallies of its leaders to the presidential movement, Ousmane Sonko has de facto acquired the status of number 1 opponent. But isn’t the scarcity of potential allies likely to serve him? during the next elections?”A legitimate question from our colleagues.

“Since the presidential election of February 2019 …“

According to the same source, “since the presidential election of February 2019, Ousmane Sonko already seemed quite alone in the ranks of a Senegalese opposition permanently suffering from an extinction of votes. But the new wave of rallies that accompanied the cabinet reshuffle on November 1 further accentuated his isolation. Idrissa Seck (Rewmi), who had beaten him in the first round, joined the presidential movement, as did former barons of the Senegalese Democratic Party (PDS) who entered into dissent. As for Malick Gakou (Le Grand Parti), an insistent rumor suggests that he could be next on the list“.

He does not spare Macky Sall either …

In this interview, if Sonko refuses to mention the personal case of the last defectors to date, he does not mince, according to our colleagues, his words with regard to “transhumants”Followers of the about-face. He also does not spare Macky Sall, whom he describes as “undemocratic”The stated ambition to reduce the opposition to nothing.

Trace your own path …

With his eyes riveted on the local elections, which have been postponed many times, where he hopes to consolidate the lightning rise that allowed him to obtain 16% of the vote in the presidential election, Ousmane Sonko says he is more determined than ever to make his own path, far from the “combinazione” which Senegalese political life is customary.