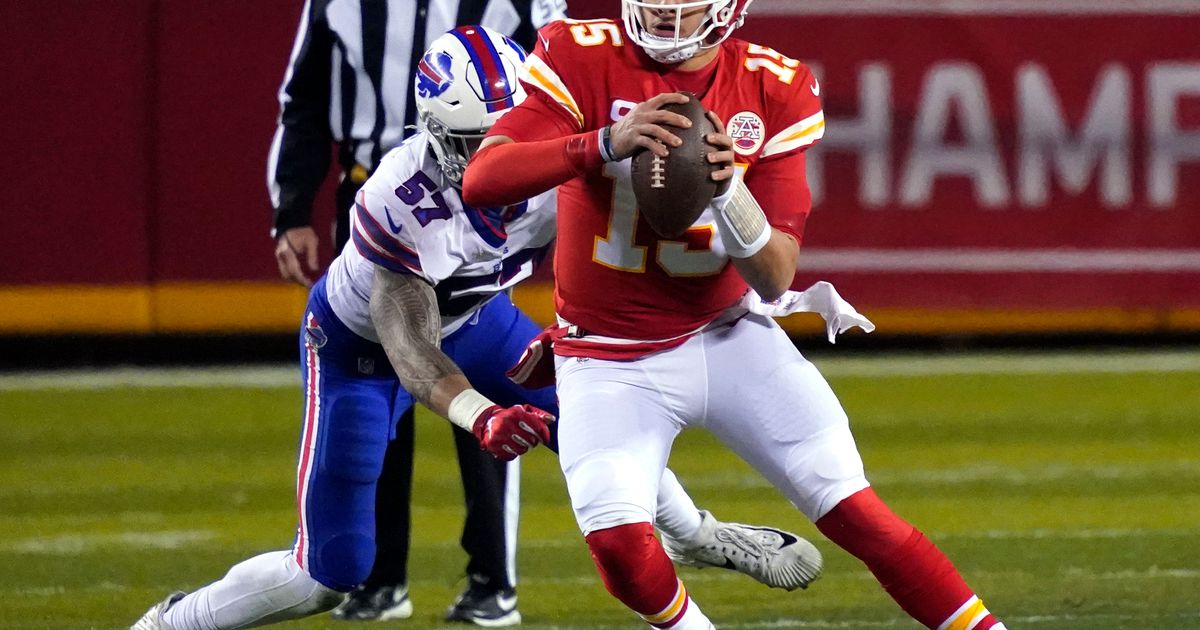 Patrick Mahomes and his Kansas City Chiefs will play their second consecutive Super Bowl after defeating the Buffalo Bills 38-24 in the American Conference Championship game that took place Sunday at Arrowhead Stadium.

The Chiefs are the reigning NFL champions after winning the title against the San Francisco 49ers last year.

Super Bowl LV will take place on February 7 at the home of the Tampa Bay Buccaneers, Raymond James Stadium.

It will be the first time in history that a team has played the Super Bowl in its own stadium.

Now, the defending champions are heading there for the second year in a row.

The Kansas City quarterback threw for 325 yards and three touchdowns, most of it to his favorite targets, Travis Kelce and Tyreek Hill.

Kelce finished with 13 receptions for 118 yards and two touchdowns, and Hill added nine catches for 172 yards, becoming the first duo in NFL history to have consecutive games of at least 100 receiving yards each in a single postseason.

The Chiefs will face a familiar foe, Tom Brady, and the National Conference champions, the Tampa Bay Buccaneers, in two weeks.

READ  WHO expert questions US intelligence on outbreak