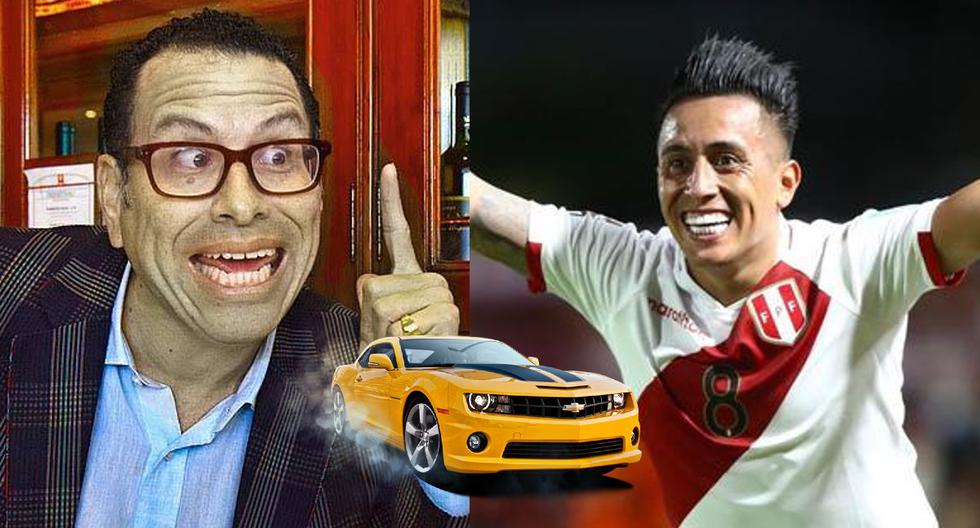 The television commentator, Phillip Butters, promised to give a car to christian cave if the Peruvian team manages to qualify for the Qatar 2022 World Cup. This promise was received by the skillful Peruvian midfielder, who responded in his own style.

SEE ALSO: Fan of Peru bet 2 thousand soles to win against Jamaica and took this prize

“Godfather, what is going on with you. Lately you have revealed yourself to me, you have put yourself on the other side. If you are from Trujillo like me, we eat shambar, ceviche”, Cueva began in a video broadcast on social networks.

Cueva accepted Butters’ promise and promised to qualify the Peruvian team for the next World Cup event. In addition, he pointed out that the car that the PBO announcer will give him must be of a model and make of his choice.

“Forget about the penalty, I’m going to classify you, save this video. And I am going to take your words seriously, the car that I want”, said the popular ‘Aladdin’.

Phillip Butters promises Cueva a car if he goes to the World Cup and the steering wheel responds. Video: PBO

Christian Cueva is part of Ricardo Gareca’s squad for the next double date of Qualifying Qatar 2022, in which the Peruvian team will face Colombia and Ecuador.

List of summoned for the duels against Colombia and Ecuador

After revealing the squad for the matches against Colombia and Ecuador, the great absentees were Christian Ramos, who was injured before facing Jamaica, Raúl Ruidíaz was also left out.

Similarly, Jefferson Farfán to prioritize his recovery after injury and Anderson Santamaría.