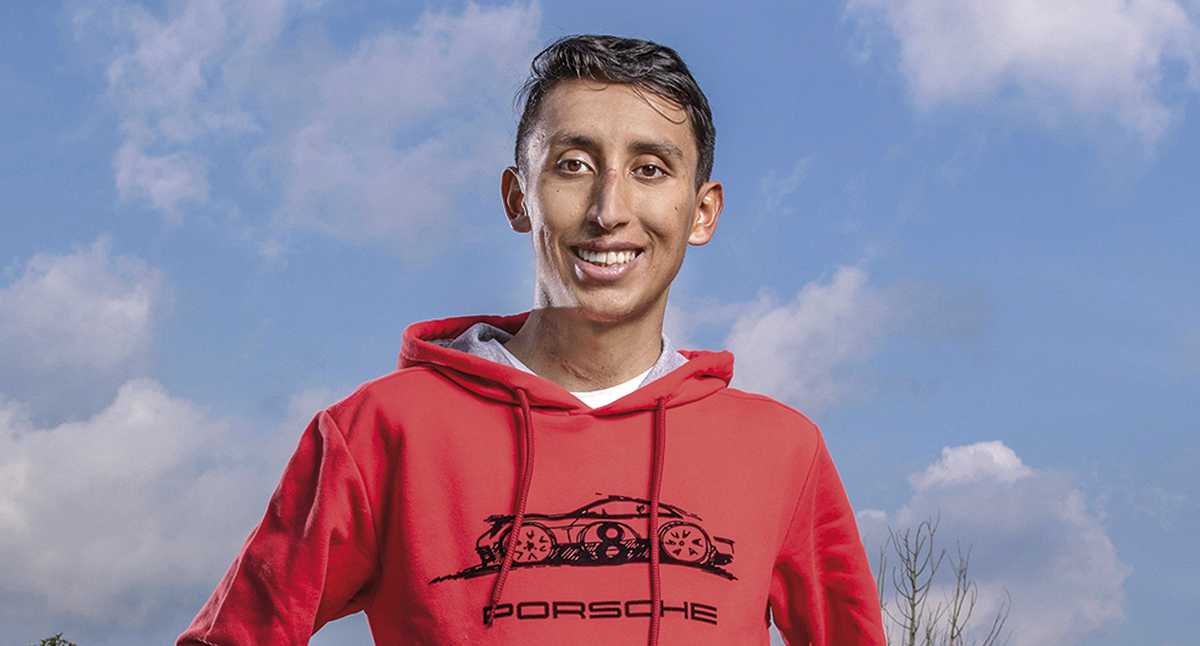 After the Colombian cyclist Egan Bernal would have expressed his support for Federico Gutiérrez for the Presidency and that he would not have reached the minimum vote to reach the second roundthe winner of the Tour de France reappeared on his social networks, again criticizing the candidate Gustavo Petro and his followers.

Bernal assured through his official Twitter account that the candidate of the Historical Pact is about to lose the Presidency, because of his followers, whom he called “barra bravas”, for alienating anyone who does not want to with his comments. vote for the former mayor of Bogotá.

“The worst of all is that Petro is about to lose the Presidency, among other things thanks to his brave fans and so-called activists. That they try to tyrannize with an air of moral superiority to everyone who does not vote for him and what they do is that the rest of the ppss already know “said Egan Bernal stating that many people do not vote for Gustavo Petro because of the comments of the people who support him.

The worst of all is that Petro is about to lose the presidency, among other things thanks to his brave fans and so-called activists. Who try to tyrannize with an air of moral superiority 🙄 everyone who doesn’t vote for him and what they do is that the rest ppss already know…

The comment, as expected, generated a lot of repercussion among his followers on Twitter, who were polarized between those who support the cyclist’s comment and who share his opinion and those who criticize him, reminding him that a few weeks ago he said that Colombia needed a president to unite and, for his part, he has dedicated his social networks to criticizing the candidate of the left.

Previously, the Colombian cyclist had also criticized the candidate Rodolfo Hernández saying that he did not have the correct attitudes to be president of Colombiasince the Santanderean had shared a meme on his official Twitter account in which he made fun of Fico’s candidate, saying that he knew that Rodolfo was hot on his heels in the polls prior to the May 29 elections

However, from what Egan wrote on Tuesday afternoon, added to his permanent trills against Petro, it seems that the candidate he will vote for in the second round will be the former mayor of Bucaramanga Rodolfo Hernández.

The day after the elections is generally a day to celebrate or spend the post-electoral hangover and sit down to think about what is coming for the future, especially in scenarios such as the one Colombia is currently experiencing, which will go to the second presidential round with two candidates. representing the political sectors of the center and left.

On days like this you see the reactions of thousands of people, some in favor and others against, always analyzing what is happening and taking the opportunity to throw taunts at those who won and lost. Social networks, since they exist, are usually full of opinions about what happened on days like these.

Now, in this analysis of the elections, one of the ones that has attracted the most attention lately is that of Egan Bernal, the Bogota cyclist who is passing the rush for now after the defeat of his candidate, Federico Gutiérrez, who was a little less than a million votes to reach the second round.

Through his Twitter account, Bernal initially stressed that the country calmly accepted the results and that the voting was carried out without disturbances of public order or incidents to be regretted. However, he showed the electoral tusa he is going through.

“The only good thing is that the country did not wake up on fire. At least not yet… ”, said the Colombian cyclist on his official Twitter account, where he immediately received the responses from the followers of the candidate who obtained more than eight million in the first round.

Through social networks, the followers of Gustavo Petro have been responding again and again to Egan Bernal since he expressed his support for Federico Gutiérrez and began to repeatedly criticize the candidate of the Historical Pact.

From asking to be silenced, going through affirming that “he is already annoying”, to receiving insults on social networks, even some stating that his words were due to the accident he had suffered during the year, were the comments that the petristas used to respond to one of the best Colombian cyclists in all history.

This man fucked his head against that bus. I separate the athlete from the person and he is one more indolent idiot. https://t.co/7T7W6fYeLS

How big is the mug to talk, the hands to tweet and the legs to tweet.
But what little ones are left, really, Egan, the head and the heart. How little you think about the future of the majority, trampled on daily by those you support today. https://t.co/VDrCCP1VK9

OPEC is considering excluding Russia from the oil production agreement