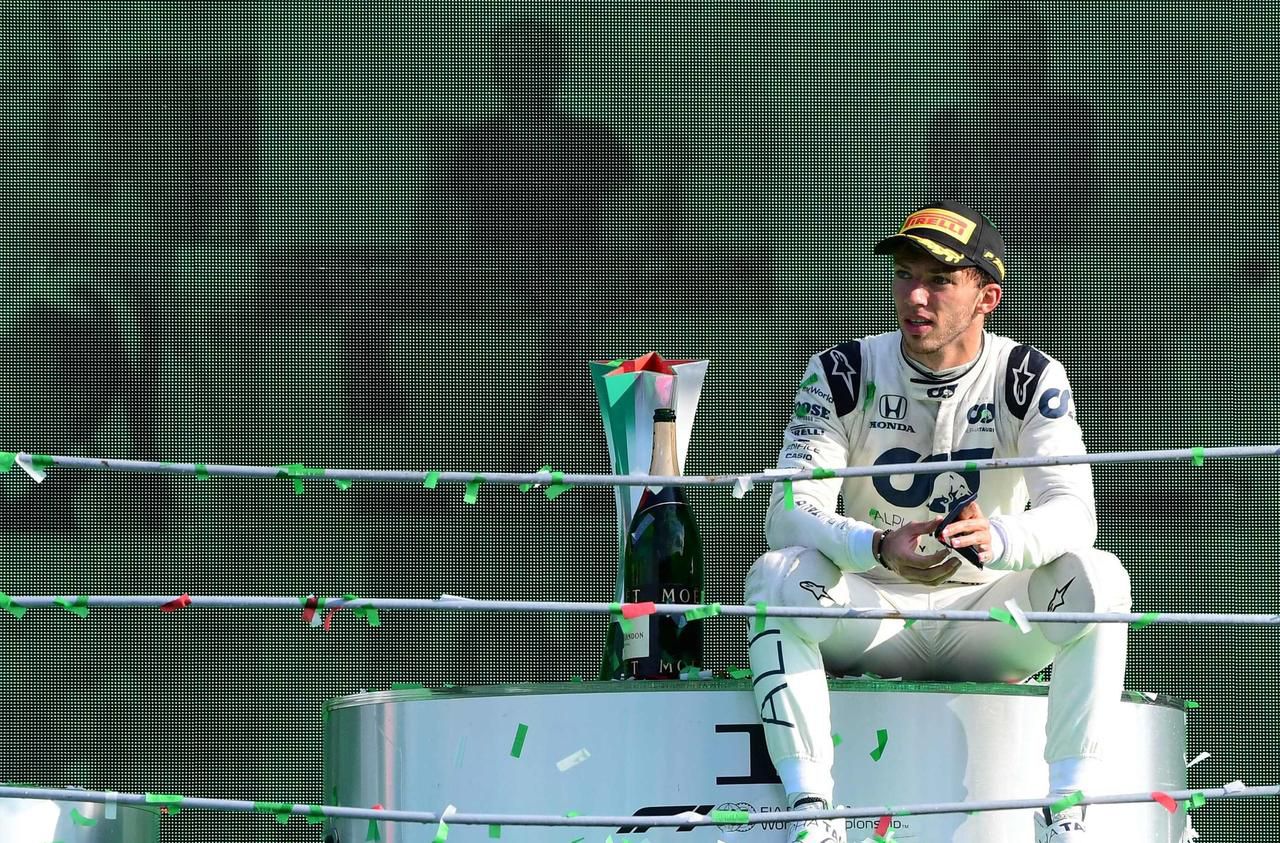 “Petit Pierre”, as his relatives call him, has grown up. With his historic victory on Sunday at the Monza Grand Prix, Formula 1 driver Pierre Gasly has taken on a new dimension and put an end to 24 years of waiting and the success of Olivier Panis in Monaco. From his home in Milan, which he returned to overnight Monday to Tuesday after an express trip to Austria to honor an invitation from Red Bull, the 24-year-old driver answered our questions before moving on to preparing for the Grand Prix from Tuscany from next Sunday.

Where are you in the media whirlwind?

PIERRE GASLY. It’s been really super intense for 48 hours. There are a lot of requests, a lot of messages, of calls. But these are good times that I wouldn’t trade for the world.

The President of the Republic called you?

Yes, his phone call is the one that surprised me the most and made me the most proud and the happiest because it doesn’t happen every Sunday. I was not expecting it at all. He congratulated me and he was super happy for me. We had not heard the Marseillaise for a long time on an F1 podium. He was happy.

Yes all of them took the time to send me messages and I haven’t had time to read them all yet. Alain Prost was present at the Grand Prix. Since the finish of the race, I haven’t stopped. I also have messages outside of the F1 world. Footballers, rugby players, cyclists like Thibaut Pinot or Julian Alaphilippe, tennis players also congratulated me. I don’t realize it because I’m a bit in my world in F1, focused on what I have to do, but it’s impressive to see all the excitement.

When I started driving in F1, this is the first thing I was asked: “Are you going to end the famine?” “It’s a goal that I had integrated but from there until it happens with the AlphaTauri team this year at Monza, I had not foreseen it. All French fans have been waiting for it for so long.

Why did you sit on the podium after the ceremony?

Victory is such a special moment for which I have worked since I was little and my years in kart. I have dreamed of it a thousand times watching Michael Schumacher winning his Grands Prix on television. I said to myself: “One day I want to be like him, I want to be on the highest step. “There was so much work and sacrifice to get to this point that this moment on the podium goes by too quickly. For my first podium in Brazil in November 2019 ( Editor’s note: 2nd behind Verstappen ), I would have liked it to last longer. This time, I told myself to take time for myself, to savor.

What was the strongest emotion on the podium?

Hearing the national anthem, I realized I had done it. The last 18 months have been quite eventful in terms of emotions, both good and bad. I never gave up. It is for these emotions that I love sport and that I practice it. My only regret is not having been able to share it with my family because with the sanitary protocols and the restrictions, this is not possible.

How will this success change your life?

Everyone tells me that there will be a before and an after. The after started (laughs). I enter a rather closed circle of drivers with incredible names: Jean Alesi, Alain Prost, Jacques Laffite, Olivier Panis who are F1 legends for me. It’s weird to join this group. It was a lifelong goal to go to F1, to get on a podium and then a victory.

Well there is still the World Championship. I’ve always said I want to be world champion one day. The victory at Monza is a moment to be savored but the objective in the medium term is to achieve this title.

THE FAMILY, THE TRIALS OF LIFE

Among the Gasly, are we immersed in motorsport?

It started with my grandfather and my grandmother who was a kart champion. It is something a little improbable, especially in its time. My father was a car driver in endurance, rally, kart. And among my four brothers, three have done karting. Since the age of two, I have been in the stroller at the edge of the circuits to encourage them. From the age of 6, I was driving. Then it became a family project with a lot of sacrifices on the part of my parents and the whole family.

Your early success did not arouse a little jealousy on the part of your brothers?

Not at all, they are all big brothers. I am 17 years apart from the oldest and 9 years from the youngest. They have always pushed me and besides it is undoubtedly one of the elements which forced me to surpass myself in order to be able to beat them and to constitute myself a victorious character. A big brother, it forges the mind quite quickly (laughs). Especially when you want to find a place in the family.

Are you the most gifted motorsport in the family?

I think yes. I don’t think they would contradict me on this point (laughs). Now we compete on kart circuits or in a simulator at home. They understand the sacrifices that this entails and are super happy for me.

Is it a real feat that you have achieved with your team and your car?

(He hesitates). I don’t really like throwing flowers at myself. In F1, there is a hierarchy with top teams like Mercedes with six wins in eight Grands Prix this season. Red Bull won one and we won with AlphaTauri another. I’m in a midfield team that does a great job with the means we have. Our budget is less than half that of the big teams. This is what makes this victory tasty and even more special.

You are leaving with disabilities …

Yes clearly. It’s a sport where the car does a lot nowadays and the driver’s impact on pure performance is less. In certain circumstances, the driver can bring an X factor but logically at the start of the race, the Mercedes and the Red Bulls are untouchable for us.

A year ago, for lack of results, you were demoted by Red Bull to a second-rate team and you didn’t say anything. Why ?

It wouldn’t have been professional. There are things that I have the right to think about but cannot say. I didn’t want to get into a media game that wasn’t positive. The only answer I could give was on the track through my performances. Already the podium in Brazil was something incredible and a way of responding to Red Bull.

Is Sunday’s victory a revenge?

No. I don’t like that word. It was the best way to show my potential.

Do you give the impression of having a mental strength that allows you to overcome events like the death of your best friend Anthoine Hubert?

The death of Anthoine ( Editor’s note: French pilot victim of an accident at Spa-Francorchamps on August 31, 2019 ) was a horrible time, arguably the most difficult of my life and my career. It was already tricky because of my demotion by Red Bull. I was in the spotlight. And Anthoine’s death intervened. We put everything into perspective, we wonder about existence, we have trouble concentrating but I come back to my childhood. I always had to fight to get what I wanted. After this drama, when I was not in the car, it was hard but once the visor was down, I was focused.

Are there two Pierre Gasly?

Yes clearly. I am a completely different person in the race.

Who are the athletes that you meet outside of F1?

I get along very well with MotoGP rider Fabio Quartararo, who is of my generation. We climbed the ranks at the same time to reach the top category. Via the networks, we make contact and then we see each other at events. This is the case with Adrien Rabiot, Neymar whom I see again when I am in Paris. He invited me to his box at the Parc des Princes or on some of his birthdays. I have a lot of respect for the player he is. I also know Tony Yoka and Lucas Pouille.

PSG, is your club at heart?

I have a particular love for this club and the football that I played until I was 11 years old. I had Pauleta’s jersey on my shoulders and Ronaldinho made me dream in front of the TV.

How did you experience the Champions League final?

I was in Sainte-Maxime with some friends. It was a moment that hurt. We did not go far but we are now part of the best European teams.