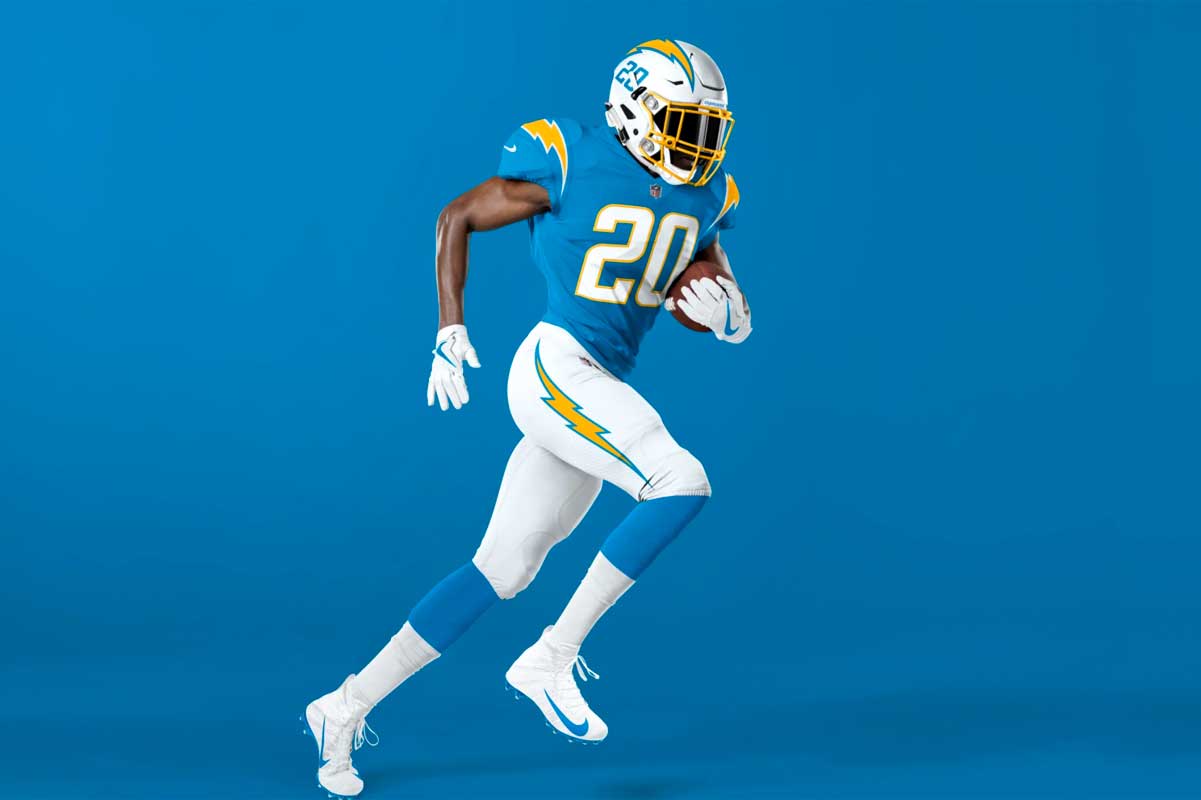 Seven NFL teams introduced a new kit in the 2020 offseason, so it’s time to update the Kit Power Rankings. In this necessarily totally subjective ranking, all the jerseys currently available in the franchise are taken into account.

Who has the best locker room? Here is the creme de la creme!

As a reminder, the first part is accessible on this link, the second here.

It was already solid, but the update made this spring sends it to the top spot. A strong concept, combined with a retro touch in a modern ensemble. It is alive while remaining clean.

The alternatives and combinations offered by the different sets work. A triumph.

Tradition at its best. Bright colors. A touch of gold. A story. An instantly recognizable look. They are elegant.

The third black jersey is not a success, but it does not even manage to deprive them of second place. Especially since the white retro jersey worn in recent months is superb.

Timeless. Yes, the logo has been salvaged to the point of nausea. But it is also because he is one of the most emblematic.

Colors work and have almost become a cultural marker. Oakland, Los Angeles or Vegas, the “silver and black” is the symbol of a nation of supporters. A rallying sign. It’s a classic. Without a false note.

Perhaps the sets that stick best to their team. This turquoise and this white smell of the sea, the beach, and therefore Florida. We immediately identify the Dolphins. This is also how you recognize a good jersey.

To top it off, the retro outfit is sublime.

Black and gold. No need for frills when you have a good logo, strong colors and a great quarterback.

As a bonus, the retro outfit is one of the best in the league.

There’s debate about the third gray kit, but the Buccaneers’ return to their heyday colors is a success.

The combination of colors works well and the metallic helmet, always a risky bet, fits perfectly with the whole.

They might have finished higher if their ugly orange jersey didn’t lower the overall score.

For the rest, it’s historic, efficient, emblematic, with beautiful old-fashioned stripes on the socks. Timeless.

Tradition is good. But let’s be honest, green and yellow isn’t the sweetest combination in the world either. Still, the timeless simplicity of Wisconsin uniforms still works.

The problem ? Their filthy retro jersey which makes them fall a little in the ranking.

The last five years never existed. Everything is fine.

Cleveland once again has one of the most iconic and effective jerseys in the league.

The all-red ensemble is too violent for the eyes, but the classic home and away outfits are perfectly balanced.