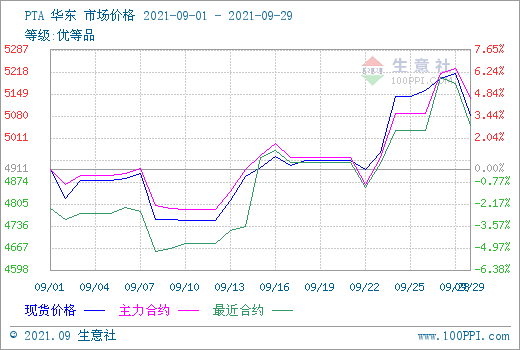 According to the price monitoring of the business agency, the domestic PTA spot market fluctuated upward in September. As of September 29, the average domestic market price was 5083 yuan/ton, an increase of 3.49% from the beginning of the month and a year-on-year increase of 52.89%.

The PTA maintenance device restarted in early September, and the industry operating rate increased to more than 80%, but the downstream demand was weak, PTA factories were adequately supplied, and the inventory rebounded significantly, especially the upgrade of the energy “dual control” policy in Jiangsu and Zhejiang, which has increased the impact on the weaving industry , The reduction in production from parking has increased significantly. Beginning at the end of the month, PTA maintenance has been strengthened, and the industry’s start-up load has dropped to around 72% of the current level. 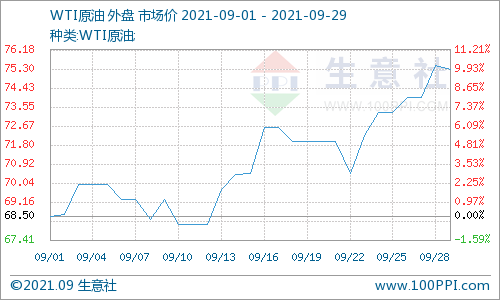 Raw materials internationalOil priceThe situation continues to rise. On the one hand, after the passage of Hurricane Ida, it has brought the most destructive power to U.S. oil and gas production in 13 years, raising concerns about tight supply.on the other handAmerican EnergyInventory data released by the Information Administration (EIA) is a major positive. U.S. crude oil inventories have fallen to the lowest level since 2018, superimposed on the increase in refinery demand, and oil prices have received strong short-term support.As of September 28, US WTI crude oil futuresMain forceThe contract settlement price was reported at $75.29/barrel, and the main contract settlement price of Brent crude oil futures was reported at $79.09/barrel. 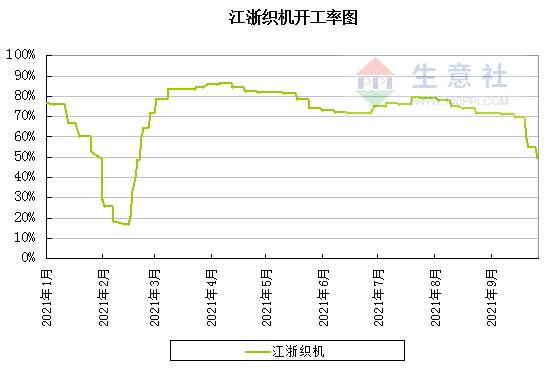 The traditional demand for downstream polyester and terminal weaving is not busy in the peak season, and there is no change in September. Under the current “dual control” policy, the further the downstream, the greater the impact, especially after the Mid-Autumn Festival, the polyester and textile operating rate dropped sharply to the low level in the same period in recent years, and the operating load in Jiangsu and Zhejiang all fell below 50%.

In terms of prices, polyester filament factories continued to accumulate inventory in September, mainly focusing on periodic price reductions. With the increase in production reduction and production restriction, the accumulation speed of polyester yarn was slowed down. At the same time, under the boost of raw materials, it began to rebound significantly in the second half of the year. Among them, polyester FDY increased the most. As of September 29, polyester FDY (150D/ The average price of 96F) was 8111 yuan/ton, with a monthly increase of 6.35%. 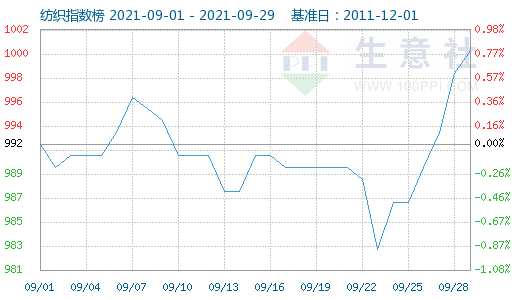 Business clubAnalystIt is believed that the current supply of the PTA market is sufficient, and the demand side “golden nine silver ten” is insufficient, and the overall market sentiment has cooled before the National Day.However, several PTA devices are planned to be overhauled in the near future, andHengli PetrochemicalAnnounce OctobercontractThe supply is supplied at 60%, and the supply side will be improved. On the whole, the short-term PTA supply and demand pattern still exists. However, thanks to the strong support from the cost side and the gradual implementation of plant repairs in the later stage, the PTA price can still be expected. The market outlook still needs to pay attention to the “dual control” policy and the trend of oil prices.