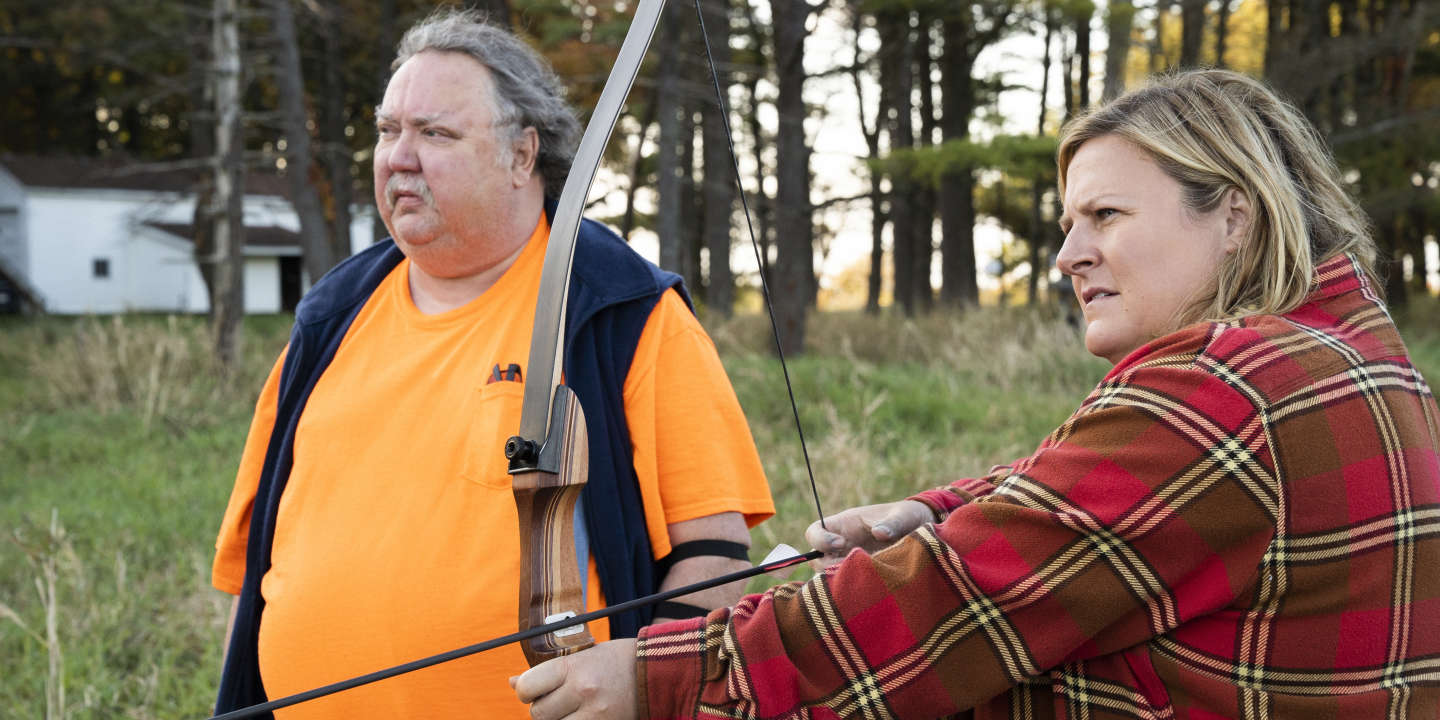 Ambitions are modest in Manhattan, a small town in Kansas that bears little resemblance to its East Coast namesake. The economy there is still strongly rural, the spirits conservative, the Church unavoidable, and everyone knows each other. Sam (Bridget Everett, co-creator of the partly autobiographical series) had left town with ambition and a few assets in her pocket – a golden voice and a talent for songwriting – until her sister loved one falls ill and she returns to Manhattan to take care of her. When she dies, Holly leaves Sam orphaned by her joie de vivre, prostrate on the sofa that serves as her bed and in which she struggles to fit her large frame.

It also leaves her with an unpleasant midlife crisis. Employed by day in a correction center for standardized tests, she bickers at night with her other sister, Tricia, who has never left town. Married, mother of a teenager and owner of a decoration store, Tricia claims to embody a success that would have escaped Sam, but also Holly, whose homosexuality she has always had difficulty accepting.

Sam’s daily life takes a breather the day she reconnects with an old acquaintance from high school she met at her workplace. Joel, a funny ginger stick with an Ultrabrite smile, is played by an amazing actor, Jeff Hiller, whose charisma and extraordinary personality have been seen in sitcoms like 30 Rock Where Community.

The actor plays with a lot of creativity and humor this pious homosexual, both shy and sunny, who takes Sam under his wing and takes him to the “rehearsals” (in fact, drunken evenings) of the choir of the Church he attends. Sam discovers a warm and whimsical queer community there, which reminds her of her sister, and from which she draws the energy to take back the microphone. By inserting elements of her own life (her mother’s alcoholism) into the fiction, Bridget Everett allows herself gentleness and sometimes goes so far as to fade away to better highlight her partners, all of them amazing.

Produced and directed by the Duplass brothers, the eldest of whom (Jay, who was Josh in Transparent) directs some episodes, Somebody Somewhere holds thanks to the energy of its actors, but also to a particularly slender realization which gives to this very small subject, these very small characters, a surprising breadth. A well-known figure on the New York cabaret scene, Bridget Everett deploys an astonishing palette of nuances that hint at a talent that has remained ignored for too long. For this artist, whose shows – mixing singing, comedy, burlesque – do not go overboard, a second career is opening up.

You have 18.78% of this article left to read. The following is for subscribers only.

3:06 Hualien earthquake of magnitude 4.0 is obviously felt by Yihua CIC-Life

“After having fought it”, EDF saw the decision of the State “as a real shock”, says its CEO Jean-Bernard Lévy