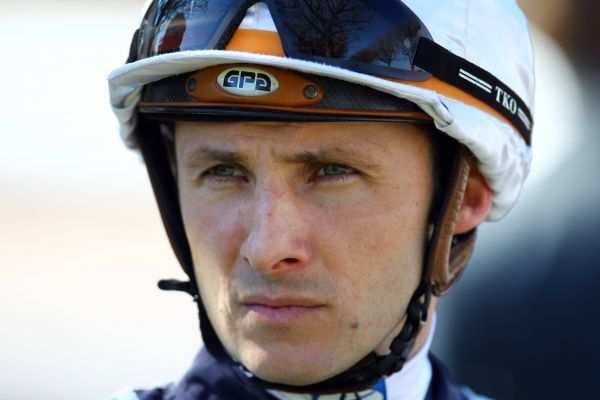 Quinté+ on Sunday at ParisLongchamp with a divided handicap first event, Class 2 level (ref. +19), over 2000 meters, for entire horses, geldings and mares 4 years old and above having run since December 12, 2021 inclusive. The terrain is announced as soft to good soft by France Galop. Bound at 22 meters. SAGANO, who would have been the favorite, is a last-minute non-runner.

12 THE CHARMER : For its return in the handicaps, it finished second in the Quinté+ of 17 May at Saint-Cloud. In 36 of value, it must be able to impose itself very soon in an event of this kind. With Stephane Pasquier as a jockey, he should play a leading role.

2 HOOKING : Trained by Philippe Decouz and defending the colors ofGriezman stable, this 6-year-old gelding now has two races in his legs this year. Last year, in four attempts in Quinté+, it has one victory, a first runners-up and two fifth places. Watch out for him if he provides his best value.

9 SANTURIN : For its debut in the handicaps, on 17 May in a Quinté+ at Saint-Cloud over 2100 meters, it took a good sixth place, proving its competitiveness in value 37. It deserves credit in this field.

6 MIRAGE REVE : This 4-year-old gelding has three wins and three second places in his last six outings. He remains on a victory, after a good end of the race, in a Class 2 handicap over 1600 meters at ParisLongchamp. For his return to 2000 meters, the distance he had in 2021 at Marseille-Borély, he still seems capable of distinguishing himself.

4 HAVE DANCER : Fourth in the Quinté+ of 10 March and 2 April at Saint-Cloud, then fourth in that of 21 April at ParisLongchamp, it is a safe bet at this level. It is theoretically one of the good possibilities of this test.

10 RONALDO : For its third outing of the year, it showed that it was gaining momentum by finishing third in the Quinté+ of June 2 at ParisLongchamp, over 1850 meters. The lengthening of the distance will not displease him. You should be wary of it.

13 THEOREME : This 4-year-old gelding has only run six times, showing great regularity. It was fourth in the Quinté+ of April 17 at ParisLongchamp and fifth in that of May 5 at Lyon-Parilly. Still very perfectible, it is here a good outsider.

14 ASTROLOGY: Will then be retained in the absence of the favorite 3 Sagano declared non-starter.

We approach here the big handicap of the day at Longchamp, which will be Ze5-Event supportreserved for older horses and contested over 2,000 meters, in a terrain announced as very flexible.

Conditions that will suit Hooking, long absent and who now has two courses in his legs. Lowered in weight, it will be entrusted to C. Soumillon for the occasion, which tends to indicate a certain confidence in those around him.
He will be our favorite even if of course, Saganoin great shape at the moment and who could find his day quickly, but also The Charmer, who also seeks his course with application, or even the venerable Vilarowho finds a situation with an increasingly interesting weight, have solid arguments to oppose to the bearer of the Griezmann jacket.
Theorembrand new, was able to prove itself at this level during its last two outings and will not be worse off over this distance, coming for the places in the company of Have Dancer, who deserves a redemption judged on what he achieved in the first half, of Ronaldowho has just finished well twice and keeps his chance, and at the bottom of the table, the outsider Dreams, which is moving up in category not without having some ambitions at the end of the combination. The well known Khochenko may be aiming for something else and will come as a regret.

Diablo Immortal earns the worst rating in history on Metacritic, the controversy continues to swell