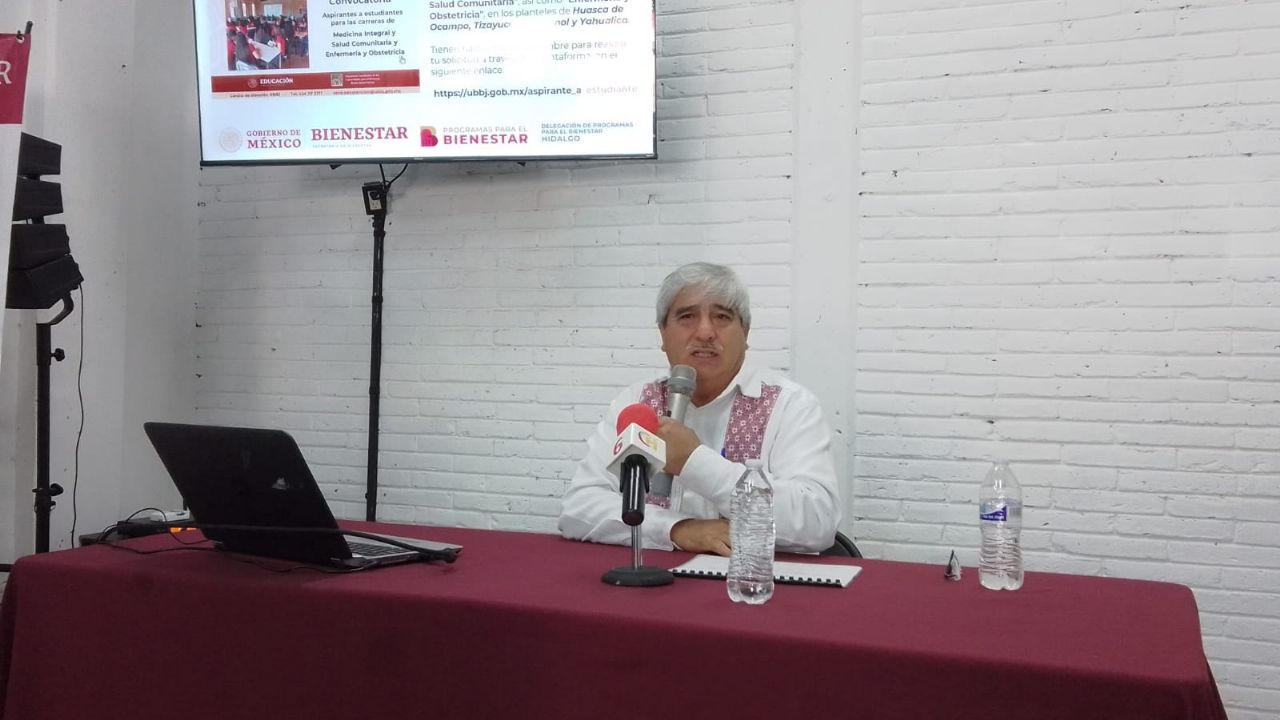 Until December 10, the registration period for the race of Medicine of the Benito Juárez Universitywith new offices in Huasca, Yahualica and Tizayuca, as well as for teachers interested in working in said schools.

At a press conference, the delegate of Wellness Programs in Hidalgo, Abraham Mendoza Zentenoreported that the Benito Juarez University expanded its educational offer in different municipalities.

He explained that the medical career already existed at the headquarters of San Felipe Orizatlan and other options will open like Huasca, Tizayuca and Mecatlán, in Yahualica.

As well as the nursing career in Tecomatlan, Ajacubaand in Tlanchinol. Registration for both races will remain open until December 10.

He indicated that the call is aimed at young high school graduates and people between 18 and 29 years of age or older with a truncated career or who have been rejected in other institutions.

The federal official mentioned that those interested can request their enrollment in the Benito Juárez Well-being Universities or on the platform https://ubbj.gob.mx/aspirantes_a_estudiante.

Also, he said, the call is open for those who like to work in these educational spaces, who can register on the platform https://ubbj.gob.mx/aspirantes_a_docente.

He explained that in Hidalgo there are eight campuses Benito Juarez University completed and in operation, in addition to the tizayuca which is about to start work.

They made a collection pipe against South Korea

China: A national tribute and three minutes of silence for Jiang Zemin