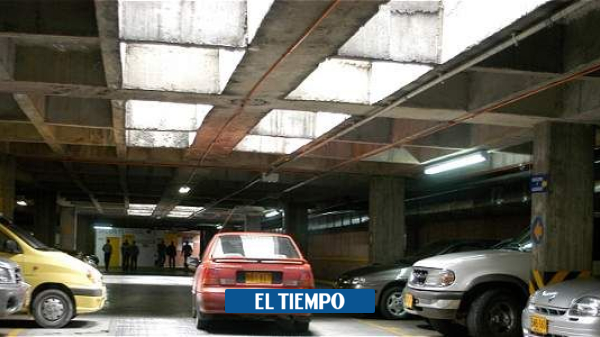 One of the situations that have arisen in the current circumstances, and that have led to abuses, differences and conflicts in buildings and complexes, is that related to the use and enjoyment of common goods.

One owner, for example, states that she needed to use the visitor parking lot in her building for two months, on several occasions, for a vehicle that her parents lent her during the quarantine. By decision of the board of directors they charged a fee that it considered excessive, and they state that it has been established by the statutes.

(You can check: Be careful when publishing the list of defaulters in the sets)

Given the problem, he took another rental parking lot for which he pays half. It asks several questions: 1. Who regulates the rate? Are they obliged to publish the rate permanently for the residents’ knowledge? It indicates that to date it is not found on the billboards or in the Coexistence Manual or in the control sheets for the use of the parking lot. Are you entitled to an invoice? Is it a VAT-exempt service, considering the high charge?

On the same subject, another person raises: “In the last assembly they told us that residents who have a second vehicle that we park in the visitor parking lots are obliged to pay, as a fine, a daily rent and that by decision of the assembly they could raise the amount of said lease from 3,000 to 8,000 pesos per night; it was put to a vote and won the option to charge us 8,000 pesos a day. I want to know if I can file some kind of appeal to this decision of the assembly, since I need the second vehicle to work on peak and plate days ”.

See Also:  Couche-Tard sets up shop in Asia for $ 475 million

The two cases, as well as the others that arise regarding disputes in horizontal property, must be analyzed and resolved in accordance with the procedure and mechanisms for conflict resolution provided for in each horizontal property regulation and in Law 675 of 2001.

(Further: Limits of powers in the boards of directors)

In such a way that being a topic that arouses so much interest, I can only give some guidance on some of the rules that must be taken into account when resolving these conflicts.

First of all, it is the urban regulations that require each property the number, dimensions, location and other conditions of private and common parking for visitors, people with reduced mobility, areas for motorcycles and bicycle racks, as well as maneuvering and vehicular circulations. For this reason, everything related to this class of goods is derived from the construction license.

Additionally, Law 675 of 2001 contains several provisions on parking and, to answer part of the queries, prohibits the allocation of visitor garages for the exclusive use of an owner and by referring to their disaffection as common use, conditions its replacement for other parking spaces. In addition, it allows the economic exploitation of common goods so that this income serves the common benefit of the joint ownership.

See Also:  Barçagate: this is the ABC of the Barcelona scandal - International Football - Sports

On the other hand, it is necessary to consult each horizontal property regulation to determine the provisions regarding the use and enjoyment of these common assets, since the powers of the administrative bodies and the decisions they make must be subject to these provisions.

(We suggest you read: What are the main complaints in urbanizations and buildings)

As other complementary rules that make direct reference to parking lots, garages or parking lots are applicable, it must be considered that the legal entity of the horizontal property is non-profit, that it is exempt from taxes but that in some cases it is responsible of some tax obligations.

It is different to allow the use of visitor garages in a residential building whose decision to exploit them economically, their rates and limitations depends on each regulation and the decisions of the assembly and the boards of directors as the case, than the provision of the service of parking in buildings with other uses and governed in many aspects by the Tax Statute (Decree 624 of 1989), by the Consumer Statute (Law 1480 of 2011) and by the rules of the National Code of Police and Citizen Coexistence (Law 1801 of 2016 ).

Of course, several of their regulations make exceptions or references to residential properties. Similarly, it is pertinent to consult the provisions of each district or municipality. Finally, the use of parking lots must strictly comply with the biosecurity protocols of the Ministry of Health and Social Protection.

See Also:  what date of payment? Know everything

Housing & Construction has the analysis of the consulting firm for the construction sector and joint ownership, who responds in EL TIEMPO on Saturdays to questions from readers sent to the email [email protected]