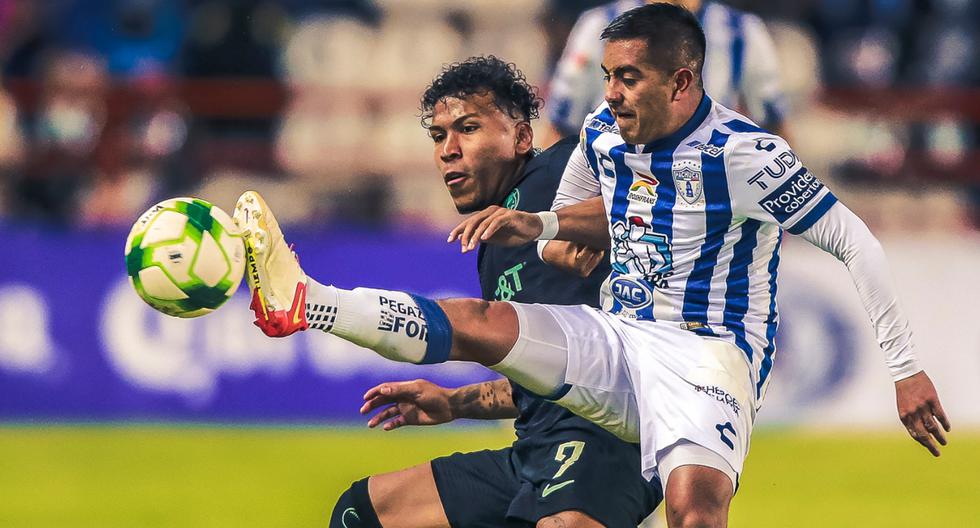 America visited pachuca for the second leg semifinal of the Closing 2022 of the MX League at the Miguel Hidalgo Stadium and was beaten 3-0, being eliminated from the competition. The goals for the ‘Tuzos’ were scored by Romario Ibarra (13′ and 65′) and Erick Sánchez (44′). The overall score was 4-1 in favor of those led by the Argentine Ortíz.

In the final of the Liguilla, Pachuca will face Atlas, the current Mexican soccer champion.

GOOOOOOOOOL! WITH FOOT AND A HALF IN THE FINAL! ⚽🔥

As in the first goal, Romario Ibarra closes the clamp to make it 3-0 in favor of the @Tuzos

WHEN AND WHERE WILL AMERICA VS. PACHUCA?

The duel for the semi-final second leg between Pachuca vs. America will be played this Sunday, May 22 at the Miguel Hidalgo stadium. It should be noted that the winner of this duel will get their pass to the grand finale of the Clausura 2022 of Liga MX.

HOW MUCH WAS LEFT IN THE FIRST SEMIFINAL BETWEEN AMERICA VS. PACHUCA?

America y pachuca tied 1-1 this Thursday at the Azteca stadium, leaving their chances open in the Clausura 2022 semifinals of the MX League. After a goalless first half, at 54, the Argentine Ustari rejected a shot that the Uruguayan Viñas connected from the edge of the area, the Chilean Diego Valdés went for the rebound and connected a shot that surpassed the goalkeeper for the 1-0 of America. For his part, at 76, the Colombian Avilés Hurtado was shot down in the American area. After reviewing the VAR, the referee signaled a penalty that the Argentine Nicolás Ibáñez converted at 1-1 at 82 with a shot to the right by Ochoa that was thrown to the opposite side.

WHAT TIME DOES AMERICA VS. PACHUCA

The match between América and Pachuca is scheduled to be played starting at 8:06 p.m. (Peruvian time). We leave you the schedules of other countries so you don’t miss this important match.

WHERE CAN I WATCH THE MATCH AMERICA VS. PACHUCA

The meeting between América and Pachuca for the semi-final second leg of Liga MX 2022 will be broadcast by the TUDN signal, Claro Sports and FOX Sports for all of Mexico and the United States. Also, you can follow minute by minute on the DT El Comercio website.

HOW TO SEE AMERICA VS. PACHUCA ONLINE

So you can watch the online broadcast of the semi-final second leg between Pachuca vs. America you will have to create an account in TUDN APP.

Los Tuzos launched tickets for the return match against the feathered ones on Tuesday, with a cost of 950 pesos for any zone, an increase of more than 100 percent in relation to the price of tickets for the quarterfinals. .

To the 950 pesos, almost one hundred pesos of commission must be added in case of acquiring them in the online sales system, causing them to be paid above one thousand pesos.

🌪 | LET’S GO TUZOS TOGETHER FOR THE PASS TO THE FINAL!

🎟 Tickets available at points of sale.

😷 OBLIGATORY use of mouths before and during the game.#PachucaSomosTodos🤍💙 pic.twitter.com/hpj09I5N8X

POSSIBLE ALIGNMENTS OF AMERICA AND PACHUCA