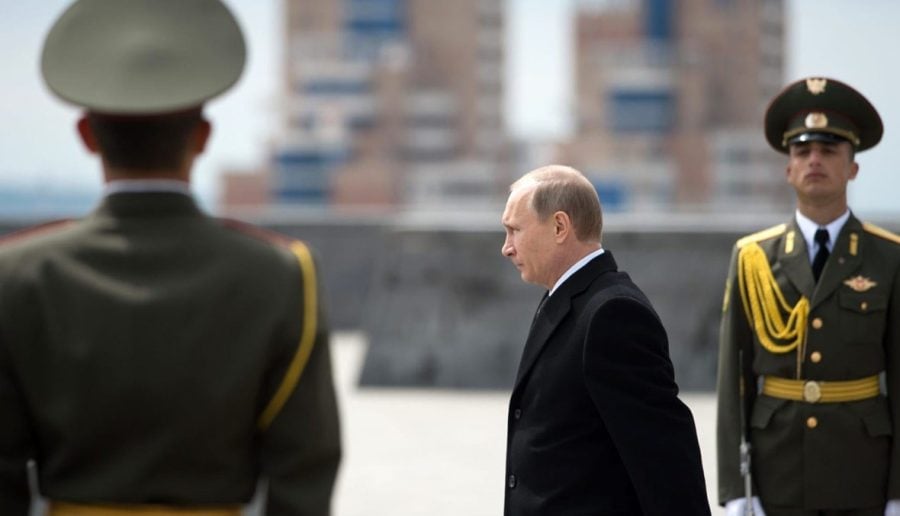 At a time when Western countries tend to dispense with Russian energy sources, an international economic expert confirmed that “oil shale” and “American natural gas” pose a threat to Russian President Vladimir Putin “in multiple ways.”

And Daniel Yergin, who is currently the vice president of the “S&P Global” group, recalls while managing a dialogue session with Putin at the St. Petersburg Economic Forum in 2013, when he asked him about “oil shale” as an unconventional source of oil and gas, especially in light of the advances in production technologies in The United States, then Putin revolted and shouted: “Shale is a barbarian.”

In an interview with Bloomberg Agency, Yergin explained, “The US shale oil and natural gas have a much greater impact on geopolitics than people realize, as it posed a threat to Putin in multiple ways, especially since US natural gas can compete with its Russian counterpart in Europe.”

And he added, “Putin knows that shale oil poses a threat to him in two ways, the first because it means that American natural gas will compete with Russian gas in Europe, and secondly, that it will enhance America’s position in the world and give it a kind of flexibility that it did not enjoy when it was importing 60 percent of the world’s gas. percent of its oil.

Yergin says, “If the United States managed to become the largest producer of oil and gas in the world, it is like a revolution, and what seemed to be a joke that will never happen” has become a reality, as “during the term of about eight American presidents from Richard Nixon to Barack Obama” the goal was “By becoming energy independent”.

He added that during those years, oil shale technologies emerged, which depend on a type of “hydraulic fracturing”, in which important names such as George Mitchell emerged through investment.

Yergin pointed out that at the beginning of the 21st century, many small companies appeared that were able to adapt technology, in order to produce gas and oil from oil shale, as there became what is known as the “oil shale revolution” in 2008-2009, which made the United States in what is Yet it moved from being the largest consumer of energy to becoming the largest energy producer as well.

On the disruption of energy markets due to the Russian war on Ukraine, Yergin stresses that what is happening poses a great threat to the European economy, as countries are rushing to fill their tanks not only for heating in the winter, but to keep their industrial sectors working.

Yergin had previously told the Washington Post that “what is happening is a sudden global rearrangement of energy markets with a sudden turn away from Russia, which has spent decades trying to use its generous reserves of oil and gas to integrate into the global economy.”

“This is happening faster than we thought two months ago,” he said. In 8 weeks of war, Putin destroyed what he spent 22 years building.”