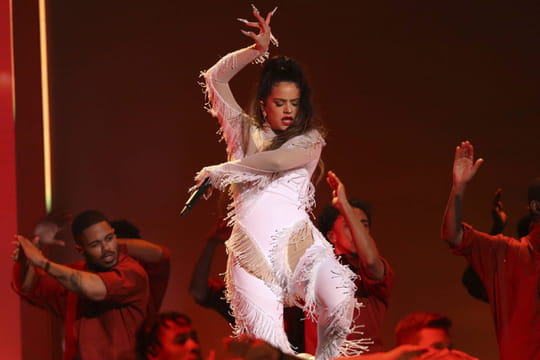 The week was marked by several releases on streaming listening platforms, such as the new single by Travis Scott with Rosalía, but also a new title for Jul or Sébastien Tellier.

A new week has ended on the music planet, which is also slowly disappearing. And on this new weekend eve, it’s time to tackle the outings that will have marked this week of confinement. So obviously, this Friday, May 29 will remain marked by the long-awaited release of the new Lady Gaga album, Chromatica, but not only. The event is also on the side of ROSALÍA & Travis Scott and their explosive duo, TKN, but also Sébastien Tellier who unveils a new album, Domesticated. To this non-exhaustive list, let’s add some nuggets like the new title of Soko or Cigarettes After Sex, and a clip, that of Hervé.

This is the title that is likely to make many revelers dance this summer: the duo ROSALÍA & Travis released a song, called TKN, put online with their clip this Friday, May 29. It is the third time that the Spanish singer and the American rapper find themselves at the turn of a music. “I hope that TKN will give you energy, make you dance and give you strength if you are going through a difficult period, “writes ROSALÍA about this song. Mission accomplished.

This is an album that was desired: that of Sébastien Tellier, expected in the tanks before confinement, but which was finally released this Friday. Baptized Domesticated, it contains eight pieces and evokes the turning point in the artist’s life. “All of a sudden I got married, I became a father. And, from a mad dog, I went directly to domestic, but not for fun,” explains Sébastien Tellier.

Cigarettes After Sex is back with an irresistibly poetic and intense song. As in the album Cry, released last year, the song You’re All I Want. “The song was recorded in summer 2017 during sessions for our second album, Cry (…) almost 3 years later, when I had just moved to Los Angeles, I finally wrote the lyrics and they ended up telling a story, a fantasy or a dream involving my girlfriend and me. In a way reversing our roles and telling the story of how we met, while imagining what our future could look like together … “, explains Greg Gonzalez.

This week, to close this list of outings in style, note the new clip from ÂA, called It’s for when and fully illustrated, animated and produced by the artist. A nice video between hope and imagination, to discover below: