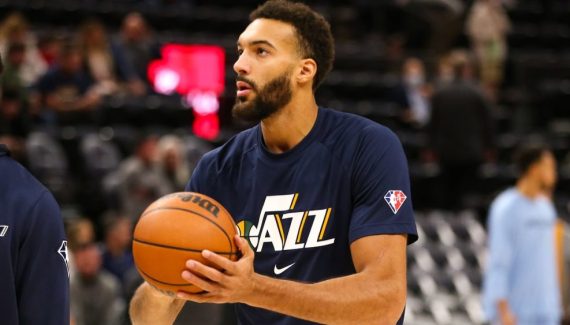 After posting a farewell message on social media, Rudy Gobert looks back at more length on his departure from the Jazz, and his surprise arrival in Minnesota in the columns of L’Equipe. Like everyone else, he learned the news via Adrian Wojnarowski’s tweet, then his agent and the GM of Jazz confirmed the information to him.

« It’s something to live! I mean by that that I have just spent nine years in the same franchise and there, I have a lot of things to manage, to collect. But it’s a lot of excitement, especially since I’m going to a franchise that I think can win the title he explains, recalling in passing that with the Jazz, he has never been further than the second round.

The French confirms that he was aware of the discussions, and that there was a good chance that he would pack his bags.

“I was prepared for any scenario. I knew I was going to fall into a team that would have the weapons to play at a very high level. I am in my best years as a basketball player, I was not going to strengthen teams that want to rebuild. Three days before the announcement, my agent asked me if a team like Minnesota could interest me. »

“I never imagined that we would play next to each other”

Gobert agreed, and the Wolves took five players and four first-round draft picks to convince the Jazz. ” I knew Utah wouldn’t trade me for nothing. I think Minnesota’s offer was very hard to refuse.. »

While they had always been opposed and their duels often sparked, Gobert now finds himself a teammate of Karl-Anthony Towns, and he believes in basketball built around two “big men”.

“When I think about it, it’s very funny: he and I have always been opposed during our career, compared. I never imagined that we would play next to each other. It can give something incredible,” he concludes. “When you see the Jokics, the Embiids, me, Towns… we are greats and major pieces. Now there are two on the same team. I can’t wait and can’t wait to get started with Minnesota. »

Night road – 10 forgotten things…and so much the better!