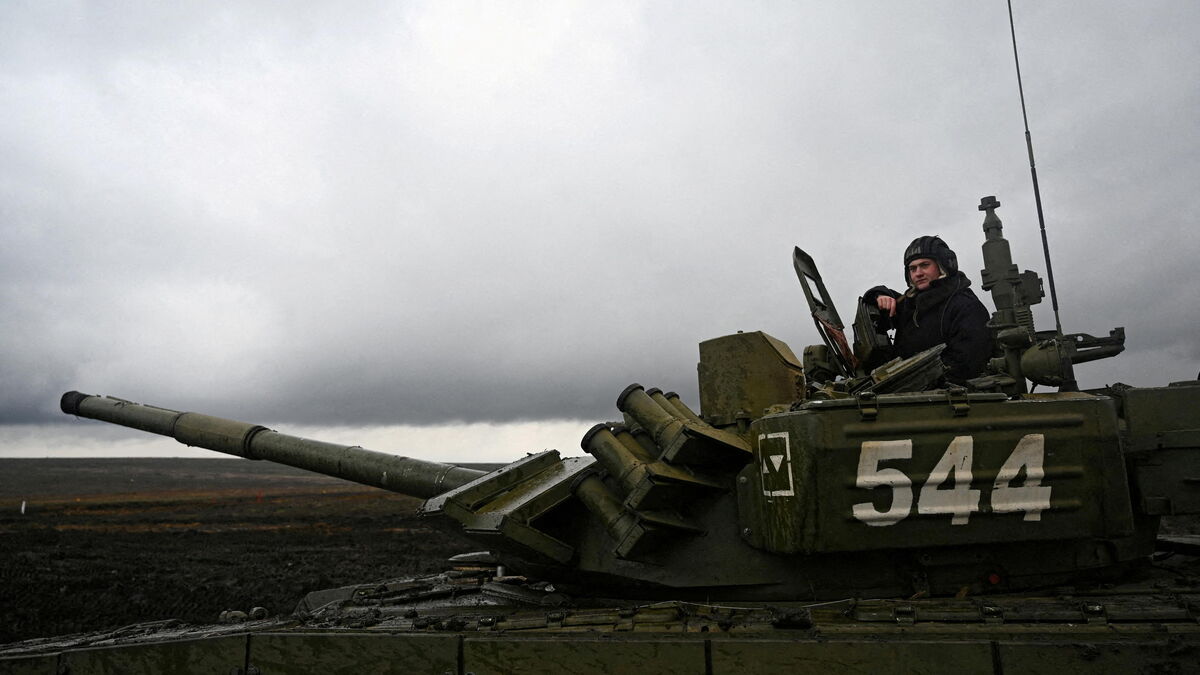 Each day brings its share of declarations on the situation in Ukraine, a point of tension between Russia and the West. Relations have been strained since the beginning of the week, with the launch of Russian military maneuvers near the Ukrainian border. What to do to react the United States, which began to mobilize troops. As for France, which currently assumes command of NATO’s rapid reaction force, it favors diplomacy while ensuring that “in the event of aggression, the response will be there”.

This Wednesday, a meeting is being held in Paris between diplomatic advisers to the Russian, Ukrainian and French presidents and the German chancellor. Update on new developments.

The last summit in Normandy format dates back to December 2019 in Paris, where Vladimir Poutine, Volodymyr Zelensky, Angela Merkel and Emmanuel Macron met. France hopes, in the long term, for a new summit between the four heads of state, which would take place this time in Berlin.

“It is very encouraging that the Russians have agreed to re-enter this diplomatic format, the only one where the Russians are involved. This meeting will give a clear indication of the state of mind of the Russians, before the interview on Friday between Emmanuel Macron and Russian President Vladimir Putin, “said the Elysée.

On Tuesday, Joe Biden told the press that he “could conceive” of personally sanctioning Russian President Vladimir Putin in the event of an invasion of Ukraine, without specifying how. In general, this involves an asset freeze and a ban on transactions with the United States. Nothing to worry about Moscow. “Politically, it’s not painful,” Kremlin spokesman Dmitry Peskov said on Wednesday. Explaining that Russian law in principle prohibits the country’s senior officials from owning assets abroad, he therefore said that if such sanctions were decided, they would not be “at all painful” for the authorities. On the other hand, the Kremlin spokesman considered that such sanctions would be “destructive” for relations between Moscow and the West.

The written response from NATO and the United States to Russian requests for security in Europe is “being finalized” and will be sent to Moscow by the end of the week, several diplomatic sources of the Alliance have indicated. .

In mid-December, Russia unveiled two treaty proposals to drastically limit American and NATO influence in its neighborhood. It demanded a written commitment on the non-enlargement of NATO to Ukraine and Georgia and demanded a withdrawal of the forces and armaments of the Atlantic Alliance from the countries of Eastern Europe which joined NATO after 1997. .

“Many of the Russian demands are unacceptable or unrealistic, but the response identifies a number of areas where it is possible to work on their concerns,” a European official said.

The head of Ukrainian diplomacy, Dmytro Kouleba, said on Wednesday that the number of Russian troops massed on the Ukrainian border was “significant” and represented “a threat to Ukraine”. But “as we speak, this number is insufficient for a full-scale offensive against Ukraine along the entire Ukrainian border,” he said during a press briefing.

“This does not mean that they will not be able to increase it to a sufficient level with a certain period of time”, however nuanced the minister, considering moreover that Moscow is already in the process of carrying out a scenario of ” destabilization” by “sowing panic, putting pressure on the Ukrainian financial system, carrying out cyberattacks against Ukraine”.

The situation in Ukraine is at the heart of many speeches. This Wednesday morning, the Italian Defense Minister, Lorenzo Guerini, assured that his country would respect its commitments vis-à-vis NATO. “If new decisions are taken, still within the framework of NATO’s deterrence strategy, Italy will make a new contribution and will fulfill its commitments, reaffirming the value of the cohesion of the Alliance, in particular by reassuring the member countries on the eastern flank,” he said.

However, he recalled that Italy “favours” and “encourages” all “efforts and instances of open dialogue with Russia”. “None of us wants to fuel tensions, on the contrary we all want the maintenance and implementation of a constructive dialogue”, concluded the Minister.

This Wednesday, faced with rising tensions between Washington and Moscow, Pope Francis called for an armed conflict to be avoided. “Please, no more war!” he implored. The Argentine pontiff called on the faithful to “pray for peace in Ukraine, often” during this day which he dedicated to this country. On Sunday, he had already declared that he was following “with concern the growing tensions which threaten to inflict a new blow on peace in Ukraine and call into question the security of the European continent”.

Axel Toupane, an NBA champion in love with the capital: “Paris exudes a particular energy”

Mao Weiming: Make every effort to deal with low temperature, rain, snow and freezing weather to ensure that the people live a safe and peaceful Spring Festival | Mao Weiming_Sina News