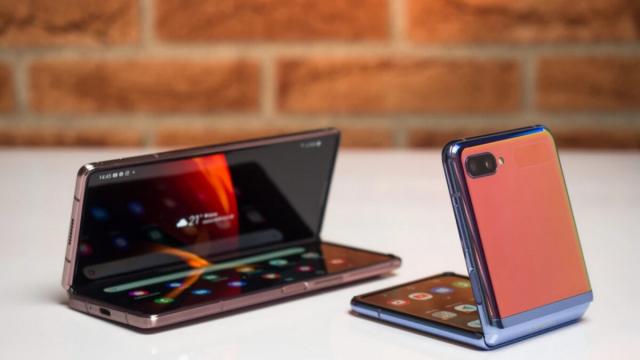 And reports indicated that the Korean company “Samsung” will provide the two foldable phones with the best IP rating technologies, as the famous leaker, Max Weinbach, revealed that the Galaxy Z Flip 3 and Galaxy Z Fold 3 will come with an IPX8 rating.

Reports indicated that this means that Samsung’s upcoming foldable smartphones will be protected even when immersed in water up to 1.5 meters for up to 30 minutes, which is similar to the IP rating of leading Samsung smartphones, such as the Galaxy S21 Ultra and Galaxy Note 20 Ultra.

A few weeks ago, leaks had indicated that the two phones would come with an IP feature, without details about their IP rating and many expected the South Korean company to make its next foldable phones splash-proof.

However, the Galaxy Z Flip 3 and Galaxy Z Fold 3 won’t come with dust resistance, which makes sense, given the moving parts in the hinge.

However, Samsung has developed a brush-like mechanism that removes dust particles from the hinge of foldable smartphones and the company has improved it in the Galaxy Z Flip 3 and Galaxy Z Fold 3, but it seems that this is not enough to get the protection rating against ingress of dust.

The reports also included more details about the company improving the designs of its next range of foldable smartphones by making them thinner, more compact and more durable.

And with an IP rating, the Galaxy Z Flip 3 and Galaxy Z Fold 3 also feature UTG screen protection, which is an ultra-thin glass that features less gap between the sides when folded.

It is reported that the Galaxy Z Fold 3 and Galaxy Z Flip 3 are scheduled to be officially launched at the upcoming Unpacked event, which the South Korean company said will be held on August 11.

The company is scheduled to unveil a variety of devices during this annual event, which the technical world awaits; Including the Galaxy Watch4, Watch4 Classic, and the new Galaxy Buds 2 as well, reports expect.