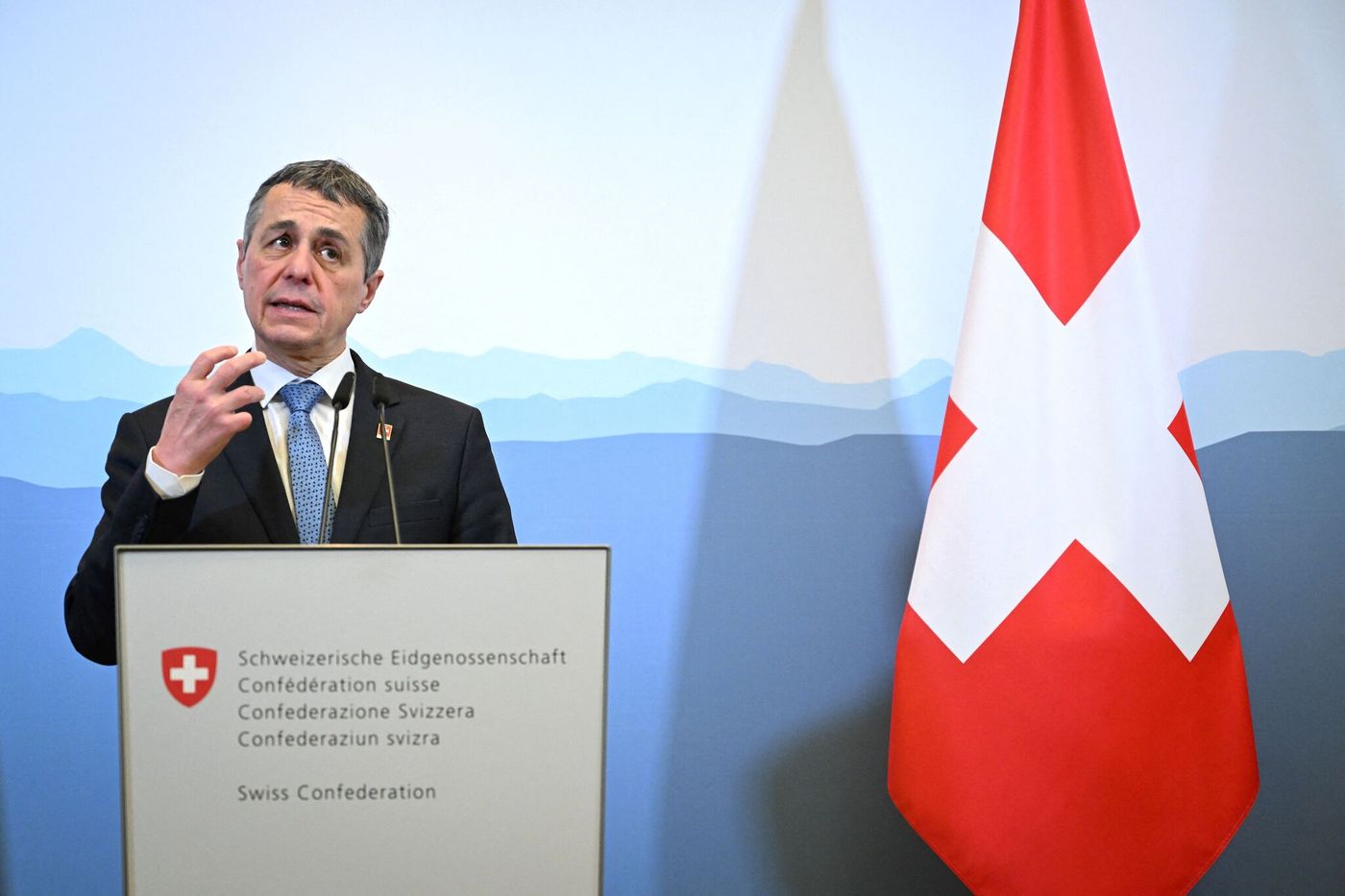 A neutral Switzerland is a pleonasm. The country has enjoyed a status that it has been defending tooth and nail as a non-aligned power since the Congress of Vienna in 1815. This has even been established as a political doctrine, that of “good offices”which can be summarized as follows: “We are a small country that has little chance of influencing the world diplomatic scene. Acknowledgment: let’s at least try to bring the major protagonists around the table – ideally in Geneva”.

This is why the Swiss federal government does not seem set to implement sanctions against Russia, like those adopted by the European Union and the United States following the invasion of Ukraine. Thursday, February 24, through its president Ignazio Cassis, the country announced that it would not deny its neutrality – which ” does not mean indifference “, he specified. He will simply draw up a list of people and companies with whom it is not possible to establish new business relations.

The country is not deviating from the course set in 2014 following the Crimean War. He had striven to maintain a neutral attitude, justified then by the mandate that the country occupied at the head of the OSCE (Organization for Security and Cooperation in Europe). As Ignazio Cassis announced, Switzerland will simply strive, as eight years ago, to prevent Russia from circumventing European sanctions through it.

For Switzerland, neutrality goes hand in hand with a certain pragmatism. ” As a general rule, Switzerland aligns itself with European sanctions as long as it has no economic interests to preserve. With Russia, financial relations are important, it does not want to jeopardize them », Analyzes Cédric Dupont, professor at the Graduate Institute of International Studies in Geneva.

Also, of the fourteen waves of economic sanctions adopted by the European Union since those which struck Yugoslavia in 1998, Switzerland aligned itself completely eight times, resumed the sanctions partially three times and opposed them three times. .

Economic ties between Russia and Switzerland mainly concern the financial sector. A certain number of Russian companies are established in Switzerland, such as the company in charge of operating the “Nord Stream 2” gas pipeline or the subsidiary dedicated to the trading of the oil company Rosneft.

The financial services of the Swiss are appreciated. According to a report by the Swiss Confederation, dated 2013, Swiss banks served as intermediaries for 80% of transactions relating to Russian raw materials. The country is also a favorite vacation spot for oligarchs and wealthy people. In 2018, 15% of people on a list of Kremlin relatives compiled by Washington had ties to Switzerland.

What to show some skepticism about the promise of Switzerland not to serve as a back door to circumvent European sanctions. ” At the very least, there are doubts that the principle of non-circumvention was well respected in 2014 “, explains Cédric Dupont.

According to the Russian Central Bank, financial flows from individuals to Switzerland exceeded 10 billion euros that year, more than double what was previously the annual average. These flows have remained at higher levels ever since.

This attitude, however, could be difficult to maintain. ” The diplomatic pressure will be much stronger than for Crimea: what is happening today is a notch above. It will be more difficult not to justify an alignment with Europe, especially since Putin clearly does not play the game of‘good offices’ »says the professor of international relations.

« Relations between Switzerland and the European Union are not at their best against a backdrop of trade disputes: the Union is waiting for a little goodwill, Switzerland has the opportunity to show that it belongs to the European bloc. Economically, it has an interest “, he concludes.

War in Ukraine: initially moved to Slovakia, the match between PSG handball and Zaporozhye is canceled

North Korea returns to missile launches ahead of South elections