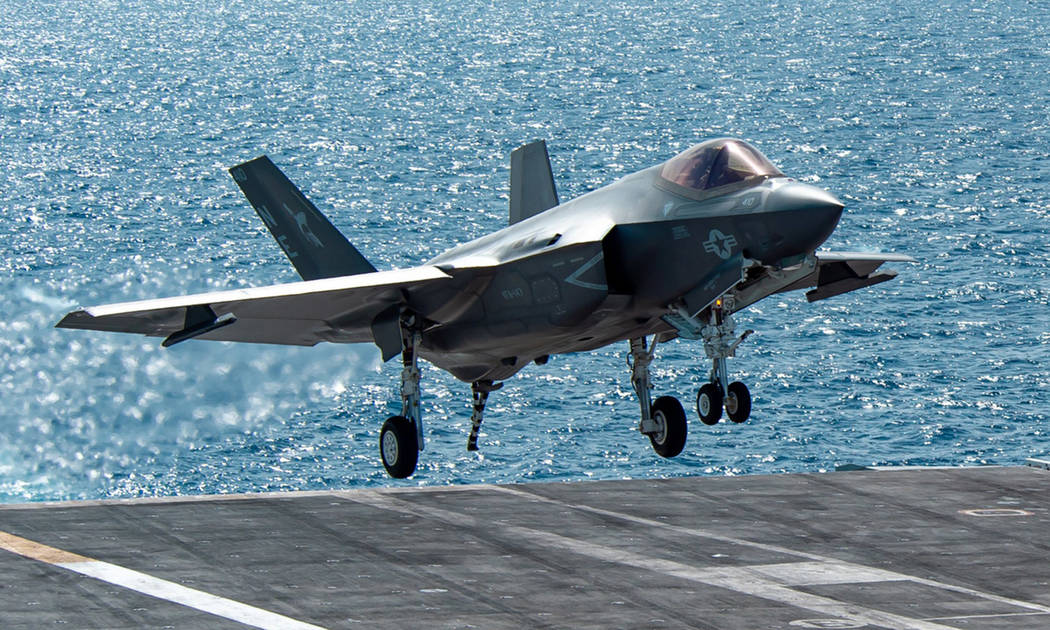 The US Navy said that seven servicemen were injured and a pilot managed to eject from his plane, Monday, in an accident that occurred while the plane, an F-35C, was landing on the aircraft carrier USS Carl Vinson in the South China Sea. A navy statement said the incident occurred during routine overflights in the South China Sea.
The statement added that the pilot “was able to safely eject from the plane and was rescued by a US Army helicopter.” The statement said: The condition of three of the injured necessitated their transfer to a medical facility in Manila, while four were treated on board the aircraft carrier. He added that the three injured are in stable condition. The Navy confirmed that an investigation is underway into the accident.