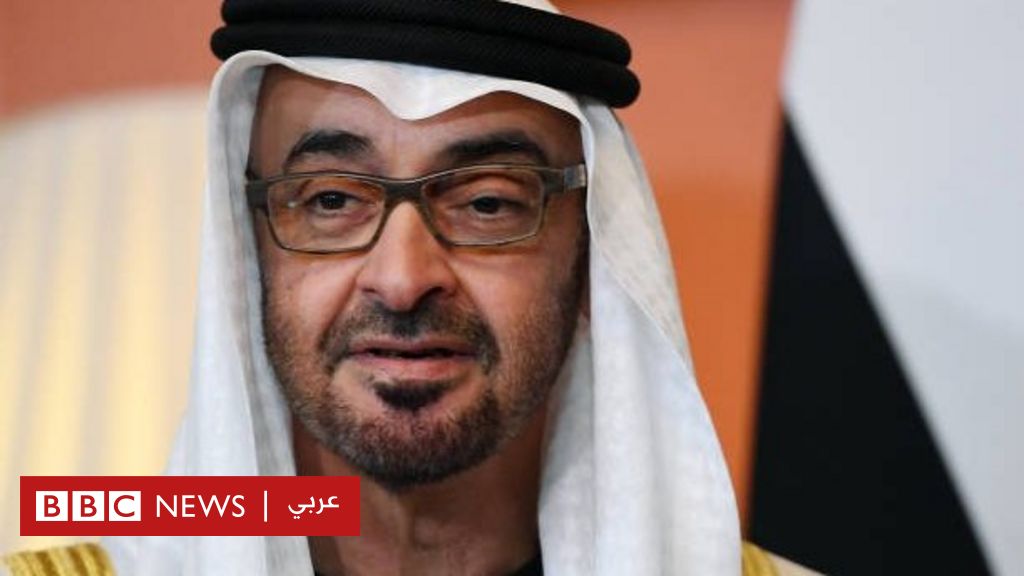 Sheikh Mohammed bin Zayed Al Nahyan was elected president of the Emirates, according to the official Emirates News Agency.

Today, the agency reported that the Supreme Council of the Union unanimously elected Mohammed bin Zayed Al Nahyan as president.

According to the Emirates News Agency, the Council held a meeting today at Al Mushrif Palace in Abu Dhabi, headed by Sheikh Mohammed bin Rashid Al Maktoum, Vice President and Prime Minister of the UAE and Ruler of Dubai.

This comes a day after the death of Sheikh Khalifa bin Zayed Al Nahyan, who has been the country’s president since 2004. Who is Mohammed bin Zayed?

He is Mohammed bin Zayed bin Sultan Al Nahyan, who was born on March 11, 1961 in the city of Al Ain in the Emirate of Abu Dhabi, and has held the position of Crown Prince of Abu Dhabi from 2004 until now.

Mohammed bin Zayed has been the de facto ruler of the country since 2014, when his brother, the President of the Emirates and Ruler of Abu Dhabi, Khalifa bin Zayed, suffered a stroke.

his life early And his military work

Mohammed is the third son of Sheikh Zayed bin Sultan Al Nahyan, who served as ruler of Abu Dhabi from 1966 to 2004 and president of the United Arab Emirates from 1971 to 2004.

The UAE government website says that at the age of eighteen, Sheikh Mohammed bin Zayed Al Nahyan completed his school years between the cities of Al Ain and Abu Dhabi.

After graduating from the Royal Military Academy Sandhurst in Britain in 1979, he played a leading role in the UAE Air Force.

The UAE government website says that Sheikh Mohammed bin Zayed received training at the Sandhurst Military Academy in armored corps, vertical aviation, tactical aviation and paratroopers, and then joined the officers’ training course in the Emirate of Sharjah in the United Arab Emirates.

The UAE government website adds that he held positions in the UAE armed forces, from an officer in the Emiri Guard and the elite forces in the United Arab Emirates, to a pilot in the Air Force, and then rose to several senior positions.

Sheikh Mohammed bin Zayed contributed to the development of the armed forces of the United Arab Emirates, in terms of strategic planning, training, organizational structure and strengthening the country’s defense capabilities, according to the UAE government website.

Encyclopedia Britannica says that during the Gulf War he became a trusted friend of the US military and served as the main point of contact for the US on security coordination issues.

He was appointed in 2005 as Deputy Supreme Commander of the Armed Forces of the United Arab Emirates and was promoted to the rank of Lieutenant-General.

In the years that followed, he became one of the most prominent figures in the emirate with regard to diversifying its economy and developing its educational institutions.

After Sheikh Khalifa bin Zayed suffered a stroke in 2014, Sheikh Mohammed bin Zayed apparently took over most of the emir’s duties, including his duties as commander in chief of the UAE armed forces. According to the Encyclopedia Britannica.

Observers credit Sheikh Mohammed bin Zayed largely with the UAE’s shift toward a more active approach to regional affairs in the 2000s.

Amid the popular uprisings known as the Arab Spring in 2010 and 2011, the UAE joined Saudi Arabia in deploying forces to Bahrain in 2011 to help quell protests there.

In 2014, the UAE participated in the US-led air campaign against the Islamic State in Iraq and the Levant.

In an even more challenging position, the UAE carried out limited air strikes in Libya starting in 2014 and aided Libyan military commander Khalifa Haftar in his armed rebellion against the UN-recognized Libyan government.

In 2015, the United Arab Emirates engaged in its largest military commitment to date, joining a Saudi-led coalition in Yemen against the Houthi rebels.

However, in 2019 it broke with Saudi Arabia when its forces began disengaging from its side in the war in Yemen, but it has continued to aid a separatist faction that is now opposing the Saudi-backed government in Aden.

Sheikh Mohammed bin Zayed has been a driving force in many of the UAE’s foreign relations.

The United Arab Emirates and Israel normalized relations between the two countries in 2020.

And last December, Israeli Prime Minister Naftali Bennett met Sheikh Mohammed bin Zayed, the day after his arrival in the UAE, in the first visit of an Israeli official at this level to the Gulf state.

Sheikh Mohammed bin Zayed received Bennett at his palace in Abu Dhabi, before they headed for talks that lasted for more than four hours, according to Israeli officials.

At the time, the Emirates News Agency reported that the Crown Prince of Abu Dhabi, during his meeting with Bennett, “expressed his aspiration that his visit, which is the first visit to the country, would contribute to pushing cooperation relations to more positive steps for the benefit of the peoples of the two countries and the peoples of the region.”

The agency indicated that they discussed “tracks of bilateral cooperation and opportunities for its development in various investment, economic, trade and development aspects, especially the fields of agriculture, food security, renewable energy, advanced technology, health and other vital sectors of mutual interest.”

Tensions with the United States

Meanwhile, the two Gulf countries have so far rejected Washington’s requests to increase oil production to bring down prices.

The differences extended to the Ukrainian war file.

Jodi Vittori, a professor at Georgetown University who studies the relationship between financial flows and US national security, said differences over sanctions policy will remain a thorny topic.

Saudi Arabia and the UAE are still committed to not taking sides in the Russian military operation that began in Ukraine on February 24.

Most of Washington’s allies in the Middle East avoid taking positions that might negatively affect their economies. Some countries in the region have also had strategic relations with China and Russia.

Since the outbreak of the Ukrainian war, Saudi Arabia and the UAE have faced American pressure to increase oil production and export to prevent new expected increases in oil prices, which have reached less than $140 per barrel.

Energy analysts believe that Saudi Arabia and the UAE will not respond to the United States’ desires to export additional quantities of oil to the global market.

The UAE, which is the third largest oil producer in OPEC after Saudi Arabia and Iraq, is committed to Saudi oil policies, both within the organization and in the “OPEC Plus” alliance.

Suhail bin Muhammad Faraj Al Mazrouei, the UAE Minister of Energy and Infrastructure, confirmed in a statement to the UAE WAM agency that his country is committed to the “OPEC Plus” agreement and its current mechanism for adjusting monthly production.

Observers believe that this Emirati position must have been taken in coordination with Saudi Arabia, and that the two countries refuse to take decisions that would harm their ally, Russia, within the “OPEC Plus” alliance.

The policy of mutual pressure between the United States and each of the UAE and Saudi Arabia is evident in their non-compliance with the sanctions imposed by the American administration on Russia and the continuation of financial transactions with Russian banks.

On March 18, Syrian President Bashar al-Assad, an ally of Moscow, visited the UAE, where he met the then Crown Prince of Abu Dhabi, Sheikh Mohammed bin Zayed, who stressed that Syria is an essential pillar of Arab security, and that the UAE is keen to strengthen cooperation with it at the level of Providing political and humanitarian support, as well as strengthening economic relations between the two countries.

Analysts say that the visit came at a time when the Middle East is witnessing shifts in relations between countries and a number of Arab countries are seeking to revive their relations with Assad, and they see that there is a great link between the Syrian file and the Russian invasion of Ukraine.

Washington announced on March 19 that it was “deeply disappointed and concerned” over the visit of Syrian President Bashar al-Assad to the UAE, at a time when Russia, Syria’s ally and a country that maintains strong relations with the UAE, continues its attack on Ukraine since February 24.

On the other hand, the Encyclopedia Britannica says that Sheikh Mohammed bin Zayed’s investments and charitable work abroad have earned him influence and recognition.