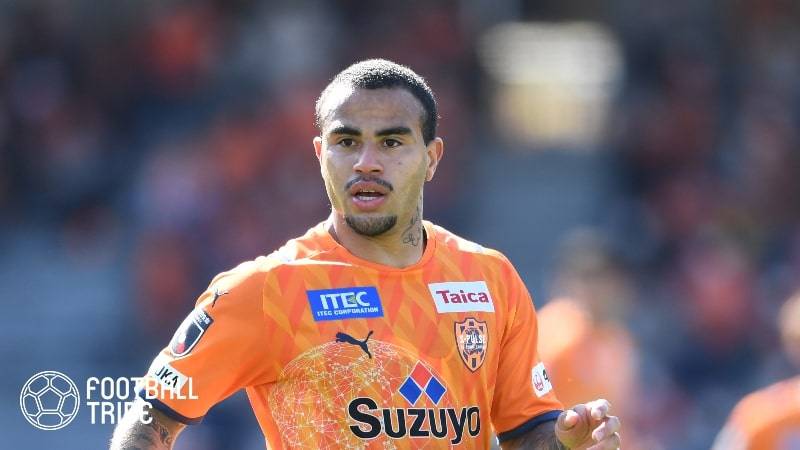 Brazilian forward Carlinhos (27), who belongs to the Meiji Yasuda Life J1 League Shimizu S-Pulse, seems to be positive about the appointment of director Ze Ricardo. The Brazilian media “Lance” reported on the 14th.

Shimizu S-Pulse announced a change of manager from Hiroaki Hiraoka to Ze Ricardo when he was in the lower ranks in the league match from the beginning of this season. Head coach Yoshiyuki Shinoda was in charge of the second round of the Emperor’s Cup and the Shunan University match on the 1st of this month, but Ze Ricardo has already joined the team.

When asked about the new coach Ze Ricardo in an interview with his native media, Carlinhos said, “Zé Ricardo is a young coach and has a very good track record. He has everything to do a great job in the team. All that stuff should be a big help to him. I’m confident he will lead a great club, Shimizu S-Pulse, to a successful adventure in Japanese football, “he said. I highly appreciate his skill.

On the other hand, Carlinhos has participated in 55 games in total in the J1 league since he transferred to Shimizu S-Pulse in February 2020. Although he has been late for the season, he has been on the pitch in five of the six league games since May.

The player has set a goal of participating in 80 J1 league games in total this season, but he said, “I am facing strong strength in both training and games. I will continue to improve my performance on the pitch while wearing the uniform of this club, 80 I want to do my best to achieve the match number. “

“I’m working with everyone to create a great flow and motivate myself to reach my goals. It will be important to my career,” he said.

Dollar today: the free price fell to $217 a day after reaching a new record