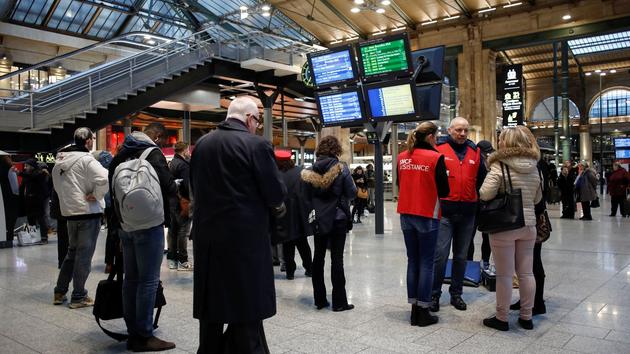 The French should be able to breathe this Monday, January 13, 40th day of strike in transport … Improvements continue, after a Sunday when all the metro lines as well as the RER A and B were open, according to the RATP, while the SNCF indicated for its part that 4 TGVs out of 5 were operating. “SNCF traffic will improve this Monday, January 13 for daily trains (TER, Transilien). It is gradually returning to normal for high-speed trains“Reads in a press release. Ditto for the RER.

On the TER and TGV side, all the signals will also return to green. On a national average, 7 TER out of 10 will circulate. The number of rail traffic increased by 25% compared to the previous week. It will also count on 7 trains out of 10 on average for transiliens. The traffic will be “almost normal»To and from Paris on all TGV routes.

“On average 9 TGV out of 10 will be insured on all of our destinations in France and International“, Writes the SNCF in its press release, which also specifies that places are available every day in the TGV and Intercités. Until January 19, 500,000 places under 40 euros are available.

On the RATP side, same story. All metro lines are now open. However, only lines 1 and 14 operate normally throughout the day. For the other lines, it will still be necessary to do with a partial opening, exclusively at peak times at the beginning and at the end of the day … The RATP still mentions twelve closed stations, including Montparnasse station and East station.

Note also, a clear improvement for the RER with 1 train out of 2 throughout the day. Regarding the tram network, all lines will operate normally. As for the bus network, traffic is now almost back to normal: 4 buses out of 5 on average run on the whole network.