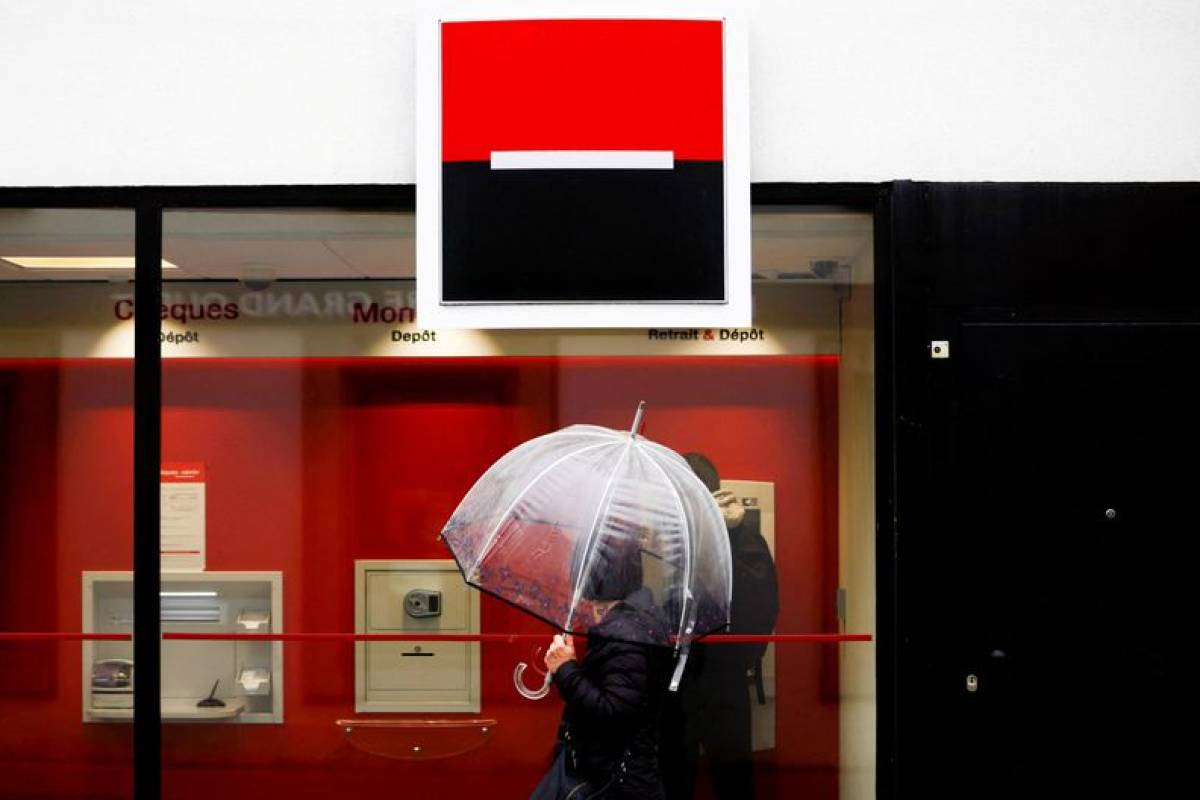 PARIS (Reuters) – Societe Generale on Wednesday reported a lower-than-expected loss in the second quarter, the dynamism of its activities both in retail banking and on the markets having offset the impact of the sale of its subsidiary. Russian Rosbank.

The third French bank by market capitalization, which had warned that the sale of its activities in Russia to Interros Capital would cost it around 3.3 billion euros, at the same time announced new financial objectives for 2025.

SocGen, which has launched a process to find its next CEO to succeed Frédéric Oudéa, says it posted a net loss of 1.48 billion euros in the second quarter, where analysts expected a loss of around 2 Billions of Euro’s.

The bank has at the same time confirmed the launch of a share buyback program of 915 million euros.

On the stock market, Societe Generale shares opened up more than 4%.

“These are clearly excellent results, with the good news of the share buyback and ambitious but achievable objectives”, underlines Jérôme Legras, research director at Axiom Alternative Investments.

In market activities, revenues grew by 23.3% to 1.52 billion euros, with a jump of 50% in rates, credit and foreign exchange activities.

In retail banking, revenues increased by 8.5% in France and 12.7% internationally.

“These dynamics and performances make us confident both in the short term, in an undeniably more uncertain environment, and in the medium term,” said Frédéric Oudéa, CEO of SocGen, quoted in a press release.

“By 2025, (…) we confirm our ability to deliver a return of 10% on the basis of a core tier one target of 12%, while maintaining an attractive distribution policy for our shareholders”, added he added.

IN SEARCH OF A NEW CEO

By 2025, SocGen is also aiming for a cost/income ratio of less than or equal to 62%, as well as a distribution rate of its results of 50%.

Last May, the bank announced that it had completed the sale of its activities in Russia following the war in Ukraine and sanctions from Western countries targeting Moscow.

This same month of May, during the general meeting of shareholders of SocGen, Frédéric Oudéa surprised the financial community by announcing that he would not seek the renewal of his mandate at the head of the bank in May 2023.

The chairman of the group’s board of directors, Lorenzo Bini Smaghi, later indicated that the name of Frédéric Oudéa’s successor would be known this fall.

The choice of the next managing director is a decision of the board of directors, but Frédéric Oudéa has come out in favor of an internal candidacy to lead the bank for the next ten to fifteen years.

Rumors about his successor revolve around Sébastien Proto, who is currently leading the merger of SocGen’s retail banking networks in France, and Slawomir Krupa, the head of corporate and investment banking (BFI).

The names of former SocGen, such as Philippe Heim, the boss of the Postal Bank, Jean-Pierre Mustier, the former general manager of Unicredit, or Jacques Ripoll, who has just left Crédit Agricole, are also mentioned. , without being given favorites.

For its part, BNP Paribas reported last Friday results above expectations in the second quarter thanks to the decline in provisions for bad debts despite the economic slowdown and vigorous activity in market activities as in retail banking.

“Deep mistrust between Biden and Zelenskiy”, according to the New York Times

Breakthrough in the study of dark matter achieved