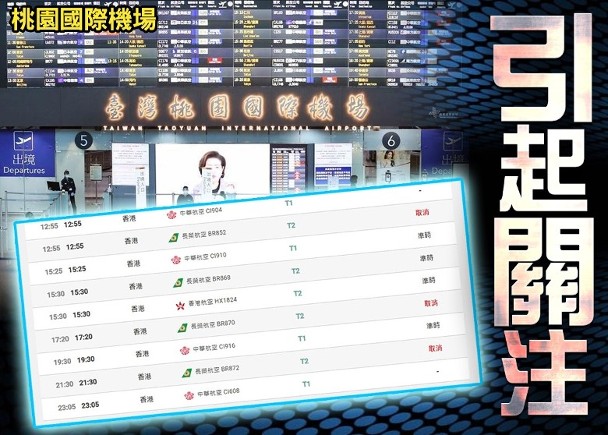 In response to US House Speaker Nancy Pelosi’s visit to Taiwan, the People’s Liberation Army announced that it will conduct military exercises and organize live ammunition in six sea areas around Taiwan from Thursday to next Sunday (4th to 7th), which will affect some routes. Several flights from Taoyuan International Airport and Taipei Songshan Airport were cancelled from Wednesday (3rd) to Thursday, including Hong Kong flights. Among them, at least 51 flights from Taoyuan Airport were cancelled on Thursday, but it was emphasized that the flight cancellations had nothing to do with military exercises.

In addition, Taipei Songshan Airport also had flights cancelled on Wednesday, including two flights of EVA Air BR772 and Air China CA5514, both of which were bound for Shanghai Pudong. However, Taiwanese media pointed out that the two flights have been cancelled since the closure of Shanghai, and they have nothing to do with this PLA military exercise. In response to the People’s Liberation Army military exercise, Taiwan’s Ministry of Transportation held an emergency meeting on Tuesday (2nd) and Wednesday to develop a response plan.

Eating probiotics alone is useless! TCM teaches 3 ways to grow good bacteria in your gut and fight aging and disease｜Health 2.0